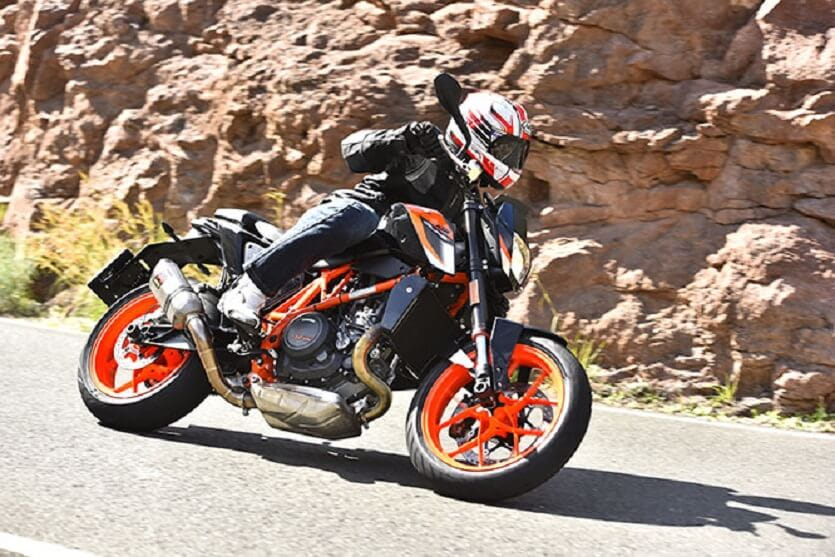 A brief history of KTM motorcycles

The brand that would become KTM as it is today began in 1934, when Austrian engineer Hans Trunkenpolz opened a metalworking shop, naming the business Kraftfahrzeuge Trunkenpolz Mattighofen. The first motorcycle – the 98cc R100 – did not roll off the production line for another 17 years.

By 1953, the company was producing three motorcycles per day and had participated in its first motorsport event, the Gaisberg competition, where it took the top podium place. Just a year later the 1000th KTM machine was completed and the manufacturer marked the milestone with a first place in the Austrian 125 national championship.

The production of the first KTM racing motorcycle began in 1959, marking the start of an incredible motorsport career for the manufacturer. Racer Erwin Lechner began using the motorcycle, racking up a series of wins in offroad competitions. A landmark new model followed in 1966 – the 250cc Penton Six Days Motocross bike, which went on to win the Austrian national championship with rider Manfred Klerr.

KTM continued to develop revolutionary motorcycles, and by 1974 had a 42-strong range – this grew to 43 later the same year with the arrival of the eponymous KTM Hobby III.

The company’s reach grew broader than ever in 1984, when it began manufacturing radiators used by competitors including Suzuki. The decade also saw the 100,000th engine come off the production line and the introduction of a 500cc liquid-cooled model, capable of producing more than 50bhp.

KTM as it is today – KTM Sportmotocycle GmbH – was formed in 1992 when, under a new management team, the company introduced a new Hard Enduro model and a new design of motorcycle.

To date, the company has more than 130 titles to its name, including world championships, Dakar victories and more. It continues to create innovative new machines and recently broke into the streetbike sector, with a variety of finely crafted sporting and adventure touring machines for use on the road.

The range of KTM motorcycles

Why choose a KTM

KTM machines cater for the needs of all riders, from a junior just starting out, to a motocross veteran who wants a powerful, exciting machine to take him right across the world. Its motorsport heritage is underscored by its collection of awards – and the prizes just keep on coming.

While the KTM name is synonymous with motocross, it also offers so much more. Taking a closer look at the brand offers a chance to explore its stunning superbikes and powerful road bikes.

A KTM is the perfect bike for any rider with adventure in their soul – age and ability is no barrier.

How Bennetts provide motorcycle insurance for your KTM

How to get a quote for your KTM motorcycle

Bennetts understands that a key concern when insuring your KTM motorcycle is competitive pricing. We search our panel of insurers to find you our best price for the cover you need.