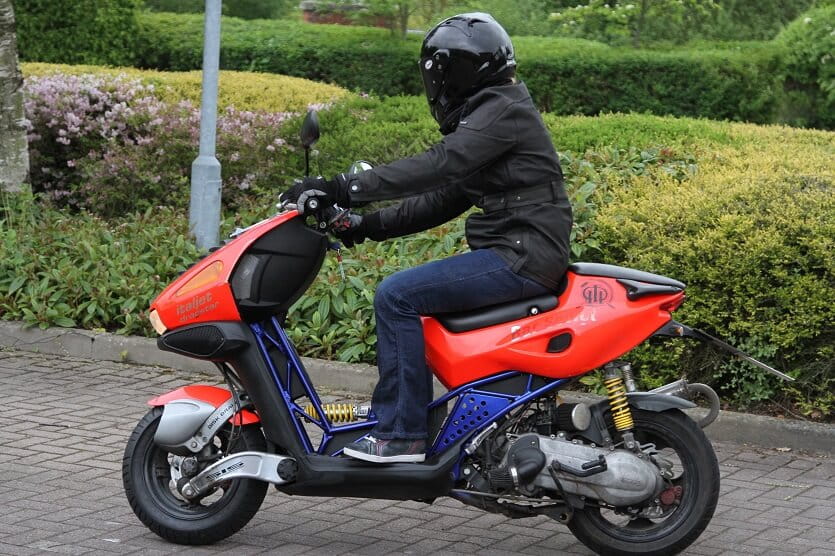 A brief history of Italjet motorcycles

Italjet Moto Srl (Italjet) was founded by Leopoldo Tartarini in San Lazzaro, Bologna, in 1959, and is still managed by the Tartarini family today. With a strong focus on innovation, the manufacturer has developed more than 150 different models of motorcycle, scooter, quad bike and even dragster over the past 50 years.

Its first motorcycle model, which used a 125cc MZ engine, was released in 1961. It was followed by a number of other machines such as the Italjet 50 moped in 1962, and the Mustang 50 SS and Vampiro 50 models in 1965. Towards the end of the Sixties, Tartarini and his friend, former American pilot Floyd Clymer, began developing a new motorcycle – the Indian 500. It was a big bike equipped with either a Velocette 500cc or a Royal Enfield 750cc twin-cylinder engine.

Italjet began importing and distributing Yamaha motorcycles in 1972 and even helped the manufacturer produce a new model, the Buccaneer 125, which had a two-stroke two-cylinder engine. This machine experienced huge racing success, winning the Italian Junior Championship for three consecutive years from 1973.


In the 1990s, Italjet launched the Dragster, Velocifero and Formula models. The following year, the company launched the Grifon, which was powered by a 900cc three-cylinder Triumph engine.

Unfortunately, Italjet went out of business in 2002, but was taken over by Massimo Tartarini, the son of the original owner, three years later.

For the current range of Italjet models, please visit the website.

We're motorcycle insurance specialists and we work closely with our panel of seven insurers to ensure that you get our best quote to suit your insurance requirements.

Your motorcycle policy comes complete with a number of benefits, including cover when riding other motorcycles and 90-day European Union insurance. We can also provide additional services for you and your motorcycle, such as helmet and leathers cover and an RAC Breakdown policy for added peace of mind.

How to get a quote for your Italjet motorcycle

Getting an insurance quote for your Italjet motorcycle is simple. We search our panel of insurers to find you our best price for the cover you need.

Whatever make and model you have simply complete our online form or call our dedicated customer service team on 0330 018 7990, who are on hand to find our best deal for you.

Sources of interest for Italjet owners and fans

http://www.italjetdragster.com – the brainchild of Paul Robinson in 2000, this site includes latest news, events and information on the Dragster’s main features, tuning and styling. There is also an image gallery and message board for registered users.