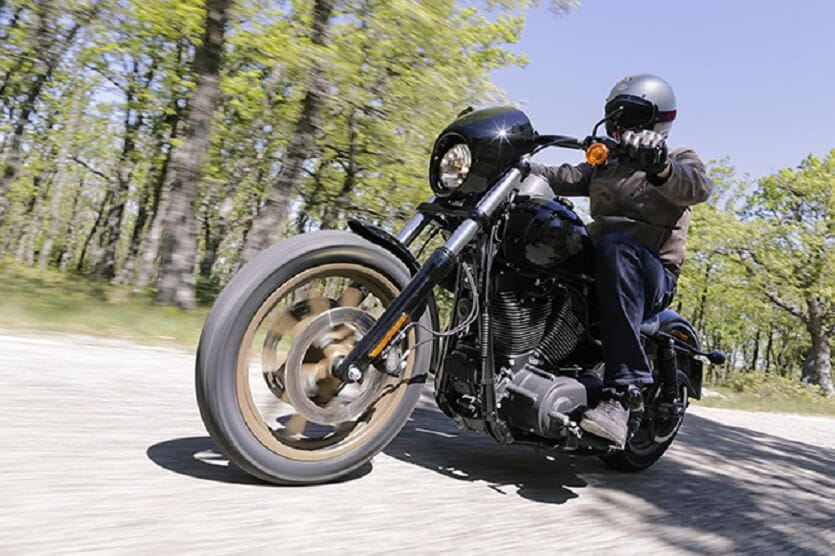 A brief history of Harley-Davidson motorcycles

The first motorcycle was sold to a school friend of William and Arthur and survived five owners over 100,000 miles! In 1909, William S Harley created the first Harley-Davidson motorcycle with a 45-degree V-twin engine and one year later the Bar and Shield was introduced – both have become synonymous with Harley-Davidson.

By 1915, three-speed sliding gear transmission had emerged and the continued developments helped Harley-Davidson become the biggest motorcycle factory in the world with more than 2,000 dealerships by 1918. A decade later came another milestone, with the introduction of the first twin-cam engine and front wheel brakes in 1928 – contributing to a Harley that could exceed 85mph!

The 1990s also saw the creation of a new icon in the shape of the Fat Boy and in 1991, the first Dyna followed. By 1993, the company was again looking to expand, with the purchase of Buell. The performance theme continued with Harley-Davidson moving into Superbike racing in 1994 with the creation of the VR1000 race bike – the predecessor to the first liquid-cooled production bike, V-Rod, launched in 2001.

The company focus, however, was already switching back to the Harley motorcycles that had made Harley-Davidson iconic. To celebrate its heritage, a new Harley-Davidson museum opened in Milwaukee in 2008 and within the following two years, streamlining of the business followed.

In 2009, Buell was closed and MV Agusta, which was bought in 2008, was sold in 2010. The focus of the business is now undoubtedly Harley-Davidson motorcycles with investment in new technology and retaining the brand’s original character.

There are six model families in the current Harley-Davidson line-up including the luxurious, limited edition CVO range (Custom Vehicle Operations).

As a motorcycle insurance specialist, we understand that riding a Harley is a lifestyle choice. There are many elements to that lifestyle including customisation and long touring rides, which is why we access our leading insurance underwriters to find our best deal for your Harley insurance policy.

How to get a quote for your Harley-Davidson motorcycle

We know you’d rather be showing off your polished chrome at a local HOG meet or cruising along a great stretch of road, so we’ve made it easy for you to find Harley-Davidson motorcycle insurance. We search our panel of insurers to find you our best price for the cover you need.

Sources of interest for Harley owners and fans

Hog Gallery Europe - The online resource for the European arm of the world’s largest factory-support riding club with details of forthcoming events, picture galleries and a route planner