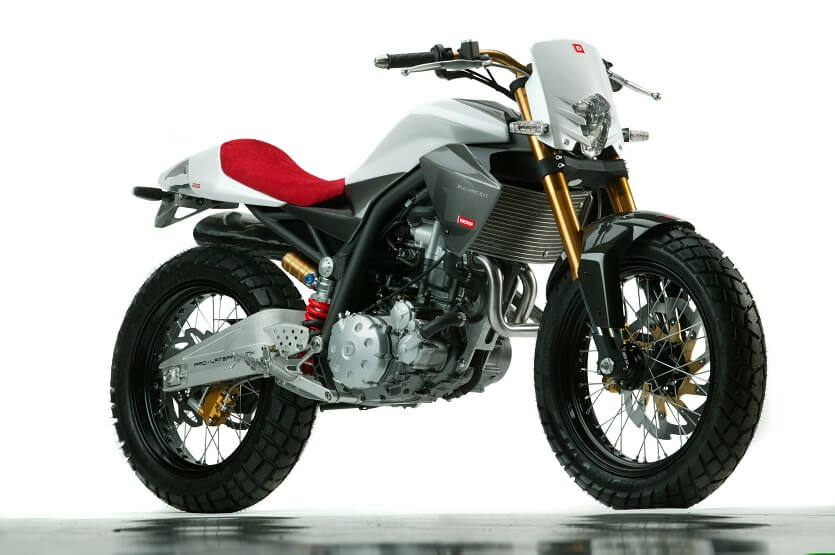 A brief history of Derbi motorcycles

Derbi was originally founded by Simón Rabasa i Singla in Mollet, near Barcelona, Spain, in 1922. Initially, the company focused on bicycle repair and hire, until 1944, when Singla formed Bicicletas Rabasa and began manufacturing bicycles.

This proved to be a very successful business for Singla, and a year later in 1946, he began developing a motorised version of his bikes. The first model, the 48cc SRS, looked more like a moped than a motorcycle and featured plunger rear suspension and a motorcycle-styled gas tank and exhaust system.

Following the success of the SRS, Singla was inspired to change his focus and after unveiling his first real motorcycle, the Derbi 250 in 1950, the company changed its name to Nacional Motor SA.

Unfortunately, company founder Singla died in 1988, but the business remained independent until 2001, when it was bought by the Piaggio group. Today, Derbi manufactures motorcycles, scooters and all-terrain vehicles and is widely regarded as the European leader in the 50cc market.

For more information on the current range of Derbi motorcycles, please visit the Derbi website.

Bennetts is a motorcycle insurance specialist and we work in conjunction with our panel of seven insurers to provide the best quote for your insurance requirements.

Your motorcycle insurance policy comes with a number of benefits as standard. We can provide cover you when riding other motorcycles as well as riding anywhere in the European Union for up to 90 days in a single trip. In addition, we can offer helmet and leathers insurance as well as RAC Breakdown cover for added peace of mind.

How to get a quote for your Derbi motorcycle

Getting an insurance quote for your Derbi motorcycle is easy. We search our panel of insurers to find you our best price for the cover you need.

Sources of interest for Derbi motorcycle owners and fans

Derbi website – keep up-to-date with all the latest news and events, view the models, check out the company’s history and locate your nearest dealer from Derbi’s official website.