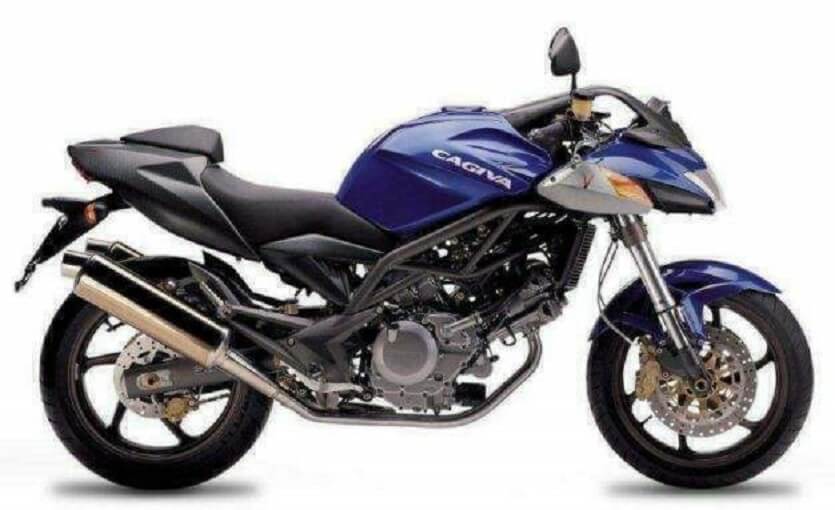 A brief history of Cagiva motorcycles

Cagiva was founded by Giovanni Castiglioni in Varese, Italy in 1950, originally producing small metal components. However, the manufacturer entered the motorcycle industry in 1978 with the launch of the Cagiva Elefant 650, a dual-sport bike with a Ducati engine. By 1979, Cagiva reached an annual production of 40,000 motorcycles and had an eight-model range of bikes from 125cc to 350cc.

At the end of the Seventies, Cagiva tried its hand at Grand Prix motorcycle racing – Randy Mamola was its star rider from 1988 to 1990. The manufacturer signed former world champion Eddie Lawson to its team in 1991 and he went on to claim the company's first racing victory a year later at the 1992 Hungarian Grand Prix. John Kocinski also won a Grand Prix on a Cagiva GP500 (C594), finishing third overall in the 1994 world championship.

The company restructured in 1999 to become part of MV Agusta Motor, which then went on to be purchased by Harley-Davidson in 2008.

Since its establishment, Cagiva has developed a wide range of on and off-road motorcycles from 125cc commuters to 1,000cc sports bikes. Although many are no longer produced, Cagiva models remain popular in today’s used motorcycle market.

The two-stroke Mito has eye-catching sports bike styling, taking inspiration from the legendary Cagiva 500. The bike is extremely reliable and can cut through the traffic in no time. Meanwhile, the Raptor 125 enjoys a number of highly technical features such as rear suspension equipped with progressive linkage and a Sachs shock absorber with spring pre-loading adjustment. Another characteristic of Cagiva's production of low-powered bikes is a petcock that operates a reserve fuel supply.

Bennetts is a motorcycle insurance specialist and we work in conjunction with a panel of insurers to ensure that you only get our best quote possible to suit your insurance requirements.

Whether you require fully comprehensive or third party-only insurance for your Cagiva motorcycle, we provide a number of benefits, including cover to ride other motorcycles and 90-day European Union insurance. In addition, we can offer RAC Breakdown cover and helmet and leathers insurance to ensure that you’re not left out of pocket in the event of an accident.

How to get a quote for your Cagiva motorcycle

Getting an insurance quote for your Cagiva motorcycle is simple – whatever model you ride. We search our panel of insurers to find you our best price for the cover you need.

Simply complete our online form or call our dedicated customer service team on 0330 018 7990, who are on hand to find our best deal for you..