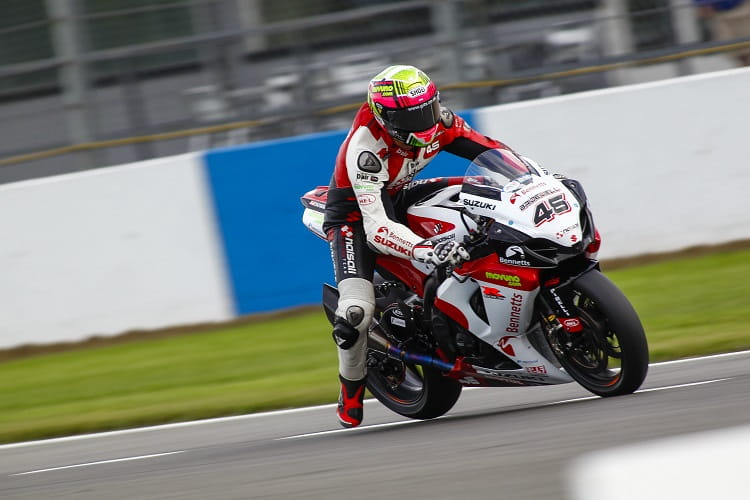 Tommy Bridewell will start from the third row of the grid in tomorrow's opening race at Donington Park, after qualifying in seventh place onboard his Bennetts Suzuki at the tenth round of the British Superbike Championship.

Bridewell progressed comfortably from the opening qualifying session, setting the fourth fastest time, before advancing from Q2 and into Superpole in fifth place on the time sheets.

The one-lap dash in Superpole saw Bridewell unable to match his pace from the earlier sessions, but he is confident of making a strong start from the outside of the third row and battling for a podium finish.

Tommy Bridewell, "I can't grumble to be honest. We struggled a little bit to start with but we made a big step for qualifying w ith the chassis, but I'm also struggling after the crash from the crash at Oulton. We've had a little electrical issue that the team has worked hard to try and sort, but it did hinder our Superpole lap. But I've got a good feeling with the bike, and we should bounce back tomorrow and have two good races."

Team Owner Martin Halsall, "Seventh is further back than we'd liked to have been, given the pace we have, but if you don't quite get it right on your one lap in Superpole, then this can happen. But it's far from a disaster. We've worked well over the free practice sessions to find a good setting, improving the bike all the time, and we've got good race pace. If we get a good start tomorrow, we're confident we can be fighting for the podium."