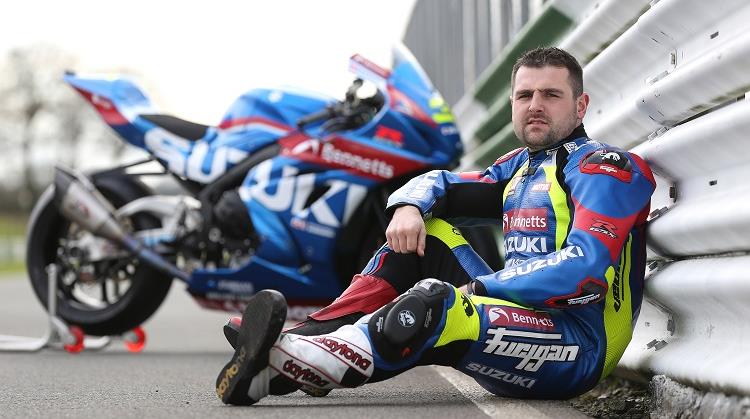 Michael Dunlop is set to race the all-new GSX-R1000 in 2017, the 13-time Isle of Man TT winner signing for the new-look Bennetts Suzuki team for the forthcoming season.

Dunlop will race the new machine at the North West 200 in May, before competing at the all-important Isle of Man TT races in June, as well as the Southern 100 and Ulster Grand Prix road races. The Northern Irishman will also contest the opening round of the MCE British Superbike championship at Donington Park in April.

The 2016 Superbike and Senior TT winner and current out-right lap-record holder will get his first ride on the new GSX-R1000 he will race this season at a shakedown test at the team’s Mallory Park, before heading to Spain for tests at Cartagena and Almeria.

I can't wait to get going now. it's like Christmas has come early!
Taylor Mackenzie, Bennetts Suzuki

The 2016 Superbike and Senior TT winner and current out-right lap-record holder will get his first ride on the new GSX-R1000 he will race this season at a shakedown test at the team’s Mallory Park base today [Wednesday], before heading to Spain for tests at Cartagena and Almeria.

Dunlop said, "I was chatting with Steve [Hicken - team manager] for a while, and obviously we’ve worked together a lot before. With the new bike coming it’s been a bit different and we had to gather up exactly what was happening. We just needed to see what was going to be able to happen and to see where we were both going to be at this time. I know Steve and I know Stuart though, as people, and I know they can take a new bike and get it right. This is a good team and there’s a good link with Yoshimura. It’s going to be interesting this year. I’ve been helping the team build my own bikes and it’ll be good to have a run around at Mallory for a shakedown before we go to Spain.” 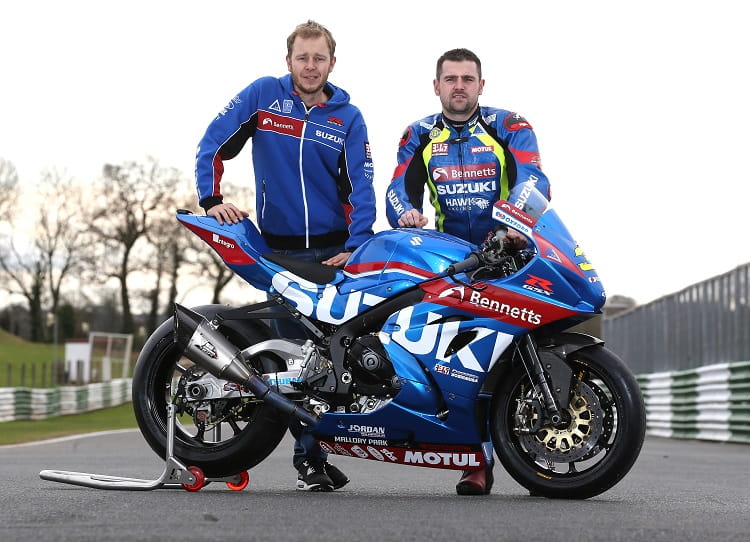 Bennetts Suzuki team manager, Steve Hicken, added, "We've known Michael for a long time and always wanted to work with him again this year, so we're really pleased we've been able to put a deal together. We've made good progress already with the development of the new GSX-R1000, and we know the potential is there with the bike. With a proven winner like Michael onboard, there's no reason we can't be winning races right away. That's got to be the aim."

The Bennetts Suzuki team will now head to Cartagena for the first of two preseason tests, before the first official BSB test at Donington Park on 22 March.