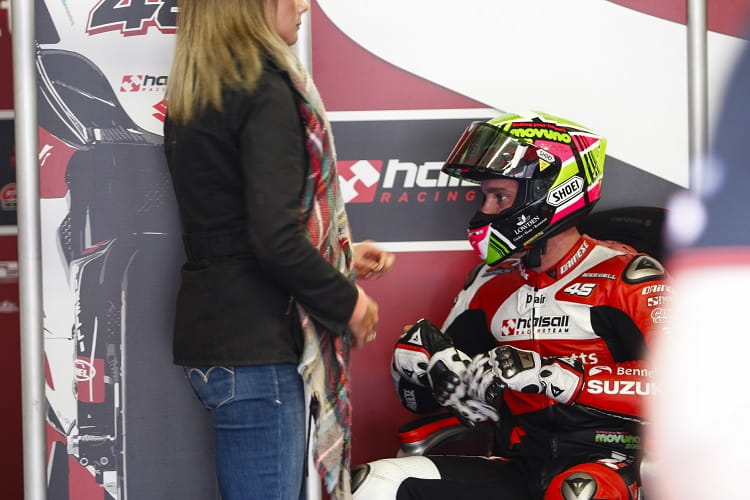 The Bennetts Suzuki team has endured a difficult start to its weekend at Assen and round 11 of the British Superbike Championship, with a crash and a technical issue hindering progress through free practice and qualifying.

Come qualifying, Bridewell progressed from the opening session comfortably, but was unable to improve and advance from Q2 and qualified in 13th place. However, despite the missed track time and the ground he has to make up on his rivals, he remains upbeat about his chances in the two races.

Tommy Bridewell, "It's been hard so far this weekend. We've just had bad luck. I crashed is FP2 and I think there was something on the track from when another bike blew up, because a lot of people ran on there too. Then we had an oil leak in FP3, and to be honest I was lucky not to crash on it. But those two things have cost us a lot of track time and it's hard to gain that back. But hopefully that's the end of it. In the time we have had on track, we did go a little bit on the wrong direction with the settings, but the guys are on top of it and we'll correct it for tomorrow. We've got two long races tomorrow and I'm looking forward to them. I'm quietly confident of our pace on the harder tyre, and I think we can make good progress, especially in race one from 13th, but sure we can have two good races."

Team owner, Martin Halsall, "It's not ran ever so smoothly so far this weekend, and it's shame because pace-wise, we've had a good run of form from the last few rounds. We've had a bit more bad luck again this weekend, which is frustrating; Tommy's fallen off and we've had an issue we've had to sort with the bike, and it's cost us track time and time to refine our setup with the bike. 13th on the grid tomorrow has given us work to do, but we're confident we can improve from there. We've got some changes to make for warm up tomorrow, and the plan is to make some good progress from our position on the grid, and set a good lap time to get us further up the order for race two."