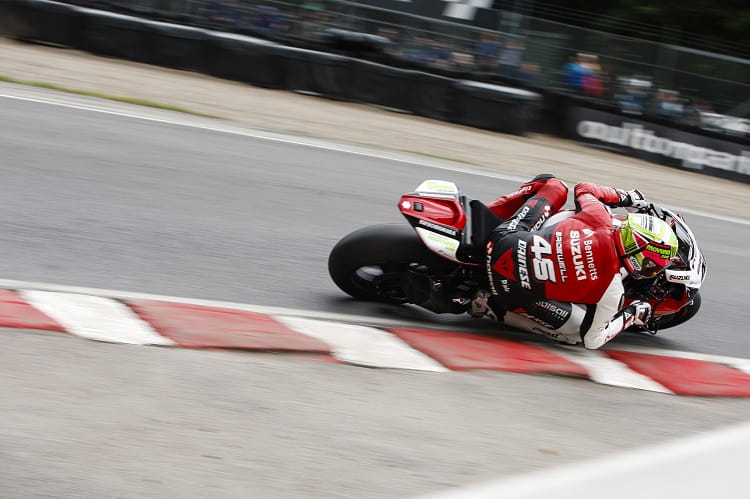 A crash for Bennetts Suzuki’s Tommy Bridewell in the opening British Superbike race at Oulton Park has ended the team’s hopes of a place in the the series’ Showdown.

Bridewell, who qualified on the front row for today’s race onboard his GSX-R1000, was running in fourth place and in the hunt for a podium finish. Looking comfortable, Bridewell set a lap time that will again see him start from the front row in tomorrow's opening race, before he unfortunately crashed out unhurt on lap five at the exit of the hairpin.

Tommy Bridewell, “The crash is a real shame because I was feeling really comfortable out there and we could have had a podium, that's for sure. But it's racing and sometimes these things happen. Our speed is there, and starting on the front row again tomorrow further shows that. We were still in with a shout of the Showdown today, but to be honest it was an outside chance. Now we can stop dwelling it, and just focus on going race-by-race, and aim for a strong end to the season."

Martin Halsall, Bennetts Suzuki team owner, "We came here this weekend still with the aim of getting into the Showdown, and we were doing everything right. A front row qualifying was the perfect start, and the pace was definitely there for a podium. But even if we'd finished on the box, we'd have needed some good luck too. As it happens, we've had the opposite. It's gutting, as Tommy and everyone in the team has worked so hard to get us into a position to fight for the Showdown, but it's just how it goes sometimes. We've shown that we have the pace to get the results, so we'll try and get two good ones tomorrow and upset the order a little bit."