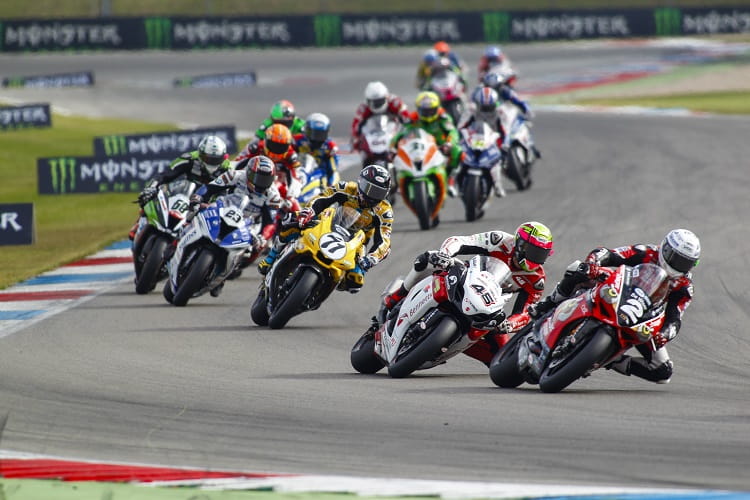 The Bennetts Suzuki team and Tommy Bridewell are looking to put the weekend at Assen behind them and focus on ending the season on a high at Brands Hatch, after a difficult three days in the Netherlands.

An unfortunate string of bad luck cost the team valuable track time at the 11th round of the British Superbike Championship, which included a crash and an oil leak. Already playing catchup, issues with finding the right setup for the team's GSX-R1000 around the fast Assen circuit also meant Bridewell was fighting an uphill battle in the two races, coming away with 17th and 16th placed finishes and no championship points.

Tommy Bridewell, "It's been a really difficult and disappointing weekend for us. We were up against it already with the lack of track time, but we struggled to get the bike working right to be able to have two better races. The bike felt good when I first jumped on it in FP1, and we had a good base, but when it came to improving so we could be competitive in the races we just went in the wrong direction and ended up chasing our tails a little bit. If we'd had more time to be able to get on top of it, I think we'd have been able to have had a lot better weekend. In race two I felt relatively comfortable, but to be honest that's how we'd liked to have felt after FP1 or in FP2. We just struggled with front-end feeling and it meant I couldn't push as I'd like or as I needed to to be fast. But it's one of those weekends. We'd had a good run coming into this weekend and sometimes you get weekends like this. We know that both the team and I are better than those results, so now I'm looking forward to Brands, where we have a good setting, to end the season strongly."

Team owner, Martin Halsall, "I'm disappointed with our results this weekend, and everyone in the team feels a little deflated. We've been really strong coming into this round, and for a multitude of reasons - some we couldn't control and some we could - it's not gone how we'd hoped. Even on a bad day, coming away without any championship points is not what we expect. We know that, as a team, we're capable of a lot better than this weekend has shown. The aim now is to get ready for Brands, a circuit we've gone well at this season, and push to end our season on a high with three good results and, hopefully, some more podiums."