Bennetts Suzuki head to Assen and Cathedral of Speed 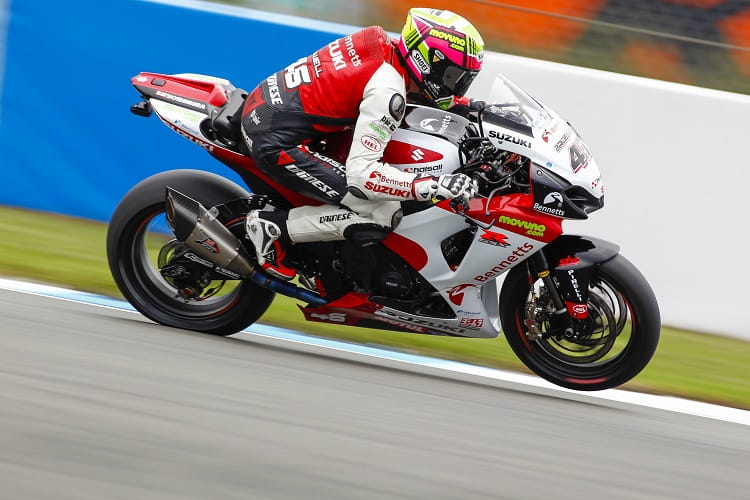 The Bennetts Suzuki team is headed to Assen this weekend for round 11 of the British Superbike Championship, with Tommy Bridewell looking to add more podiums to his tally at the famous Cathedral of Speed.

Although not in the series’ Showdown, the team is looking to extend its run of good form, which has seen Tommy Bridewell regularly fighting for the podium throughout the second half of the season, despite suffering some bad luck along the way.

Fully recovered from his crash at Oulton Park - from which he was still feeling the effects of at the previous round at Donington Park - Bridewell is confident ahead of returning to the front at Assen, and at a circuit that should suit the characteristics of the GSX-R1000.

Tommy Bridewell, “I'm feeling good ahead of the weekend. I've been having regular physio since Donington, and I'm feeling a lot better, and should be problem-free at Assen. It's always a bit of an unknown coming into a circuit with a bike you've not ridden around there before, but I think the bike we have should suit the circuit well. Where we lack a little bit on our rivals is the initial punch out of the slower corners, and there's the tight hairpin onto the back straight that will probably be our weaker point, but the chassis we've got through the fast changes of direction should play into our hands and that's where we'll gain lots of time. The bike's working really well, we've kept improving and refining our setup without making drastic changes, and it should hopefully mean we can get two strong results this weekend."

Martin Halsall, “We're confident going into every race weekend at the moment to be honest, as we've got the bike to a point where it's working really well and Tommy's able to ride it as he wants it. We've had really good pace all through the second half of the season that's shown what a good job the team has done to keep improving the bike, and it's only bad luck that's stopped us notching up more podiums really. But going into this weekend at Assen I think we can really give it a good go. Our bike works best in the faster corners, and there are plenty of those at Assen, so we're looking forward to fighting at the very front again and hopefully coming away with two podiums."

The opening free practice session takes place on Friday at 10:15, with racing getting underway from 12:15 on Sunday.