Bennetts Suzuki confident ahead of Cadwell ‘Party in the Park’ 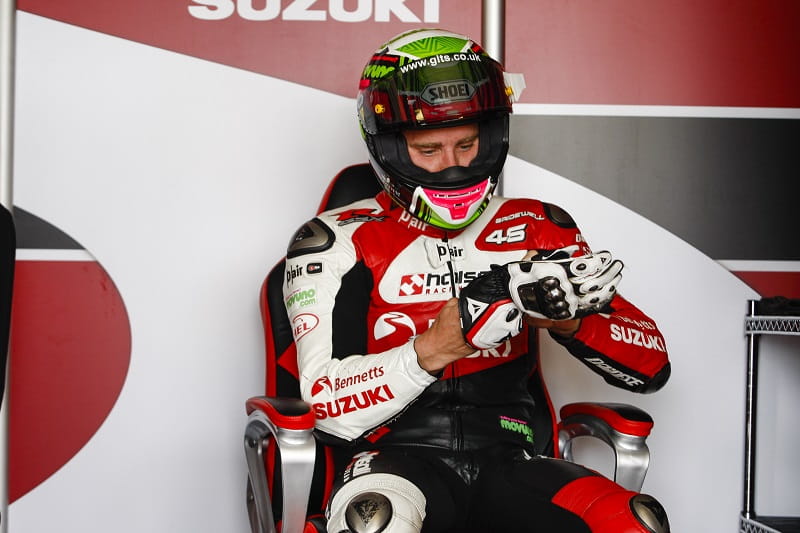 Confidence is high in the Bennetts Suzuki team ahead of the eighth round of the British Superbike championship at Cadwell Park, with Tommy Bridewell enjoying a successful test at the Lincolnshire circuit last month and a strong performance at the previous round at Brands Hatch.

Bridewell, who will be flying the Bennetts Suzuki flag solo at the weekend’s Party in the Park, is still gunning for a place in the championship Showdown. Despite the obvious disappointment of leaving Brands Hatch with two DNFs, the 28-year-old is focused on the performances he put in onboard his GSX-R1000, including leading the opening race before crashing out of third place on the final lap.

A two-day test at Cadwell Park in July also proved beneficial, with the team working to find a good base setting for the challenging track - dubbed the mini-Nürburgring. Bridewell had been able to evaluate a number of components and setup options, and is confident of two good results in a bid to clinch a spot in the Showdown.

Tommy Bridewell, “I’m confident going into every round, but a little more so coming into this weekend. We had a good test here and tried a few different bits with the bike. We had fairly limited track time, and being evenings the conditions weren’t quite like the ones we’ll be racing in, but we got a good feeling for things and worked on a bit of a base setting for this weekend. The Showdown is still the target. It’s a shame, because at Brands we had a third place, at least, in the bag in race one, and could have battled for another podium in race two. Those results would have put us right in the mix. Now, we’ve made life difficult for ourselves, but we also have no pressure and nothing to lose. There’s no ‘keeping it upright and taking the points’. We have five races, starting this weekend, to get into the Showdown, and we need to be fighting for the podium in all of them.”

Team Owner, Martin Halsall, “Every year the Caldwell Park round is always a superb event. It’s a fantastic circuit in a glorious setting, and has a great atmosphere every time we come here. We’re coming into it this year off the back of a really bittersweet weekend at Brands, where we showed again that we’re a front runner in this championship, can lead races, but didn’t get the results. But everyone in the team is feeling confident of changing that this weekend and getting the results. We had a good test here, and although it’s getting late in the day, but we’re still pushing for a spot in the Showdown.”

The opening practice session for round eight of the British Superbike championship gets underway at 10:20 on Saturday 27 August, with racing taking place on bank holiday Monday.