Bennetts Suzuki aiming to sign season off on a high 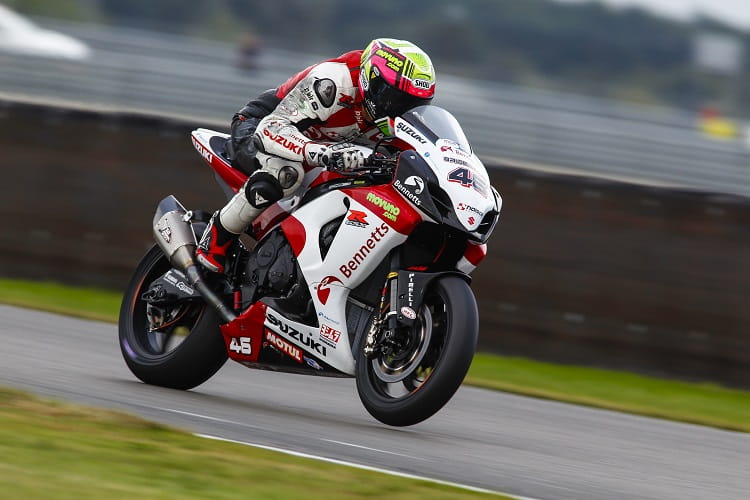 The Bennetts Suzuki team heads to Brands Hatch this weekend, aiming to sign the 2016 British Superbike season off on high note at a circuit where it has already enjoyed success this year.

Tommy Bridewell finished on the podium at the first visit to the Kentish venue this season, and was unlucky not to come away with a win when the series headed back to its spiritual home for the first round of the year on the GP layout.

Despite a challenging outing at Assen for the penultimate round, the team has enjoyed a strong second half to its campaign, proving its credentials as a front-runner in the championship. With just one round to go, the aim is to try and capture that elusive first win of the year and end the season to end the season on a high.

Tommy Bridewell, "I think everyone in the team is eager to get going this weekend and put right what went wrong at Assen. The last round was a disappointment but we know how strong we can be. We've been fast this year, and as I rider I've gone faster this year than I did last year. But we've also had some bad luck which has cost us some results, including a lot of bad luck in one go at Assen. But I'm feeling positive coming into this weekend. We're going back to a circuit where we have a good setup, we've been competitive at Brands Hatch already this year and been on the podium and fought for wins, so if we can start well on Friday I'm confident we can end the season on a high note and give the outgoing GSX-R a big send-off."

Team owner, Martin Halsall, "After the disappointment of Assen we're looking to turn things around and get back in the mix at the front of the three races this weekend. We've been up there consistently in the second half of the year, and this weekend we're racing at a track where we know we have a good setting to work from. As a team we've shown what we can do. The focus is going to be on the championship contenders, but we're aiming to be the spoilers and if we can get in amongst it and have an impact on the ending to this year's story, we'll be very happy."