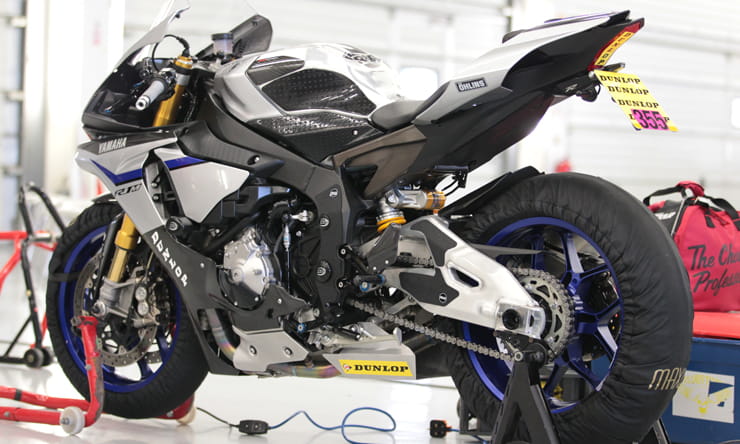 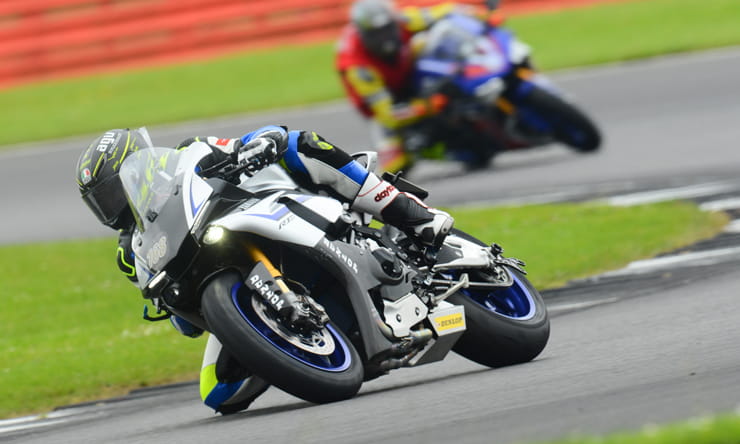 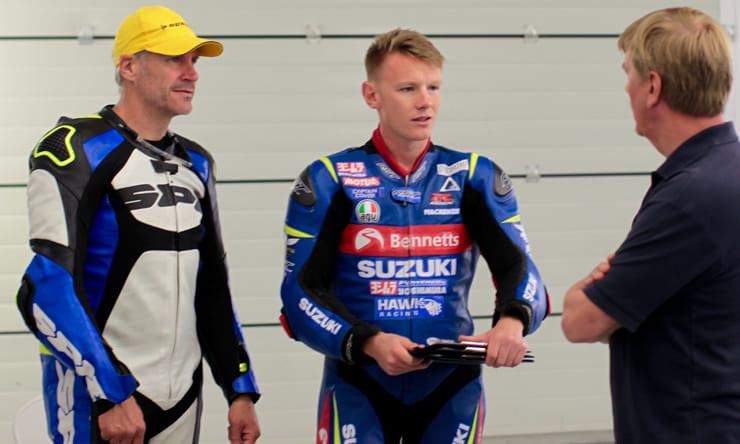 Run with Silverstone Track Days, the new Masterclass sessions are led by former GP rider and three-times British Superbike Champion Niall Mackenzie, with his son – Taylor, who’s also competing in BSB for Bennetts – as one of the highly experienced instructors.

You can use your own bike, or hire this year’s new R1M for an additional £200. If you’ve not yet ridden a motorcycle with MotoGP-derived electronics, then this is a great opportunity, though as I own one, I used that. 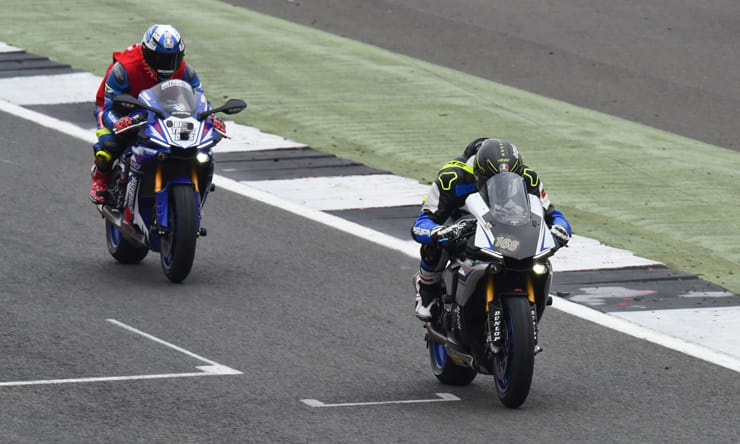 This machine has full data logging so I was able to look at my lap times, as well as throttle opening vs throttle given, speed, gears, lean, pitch, acceleration and fuel consumption, not to mention where the slide and traction control kicked in. 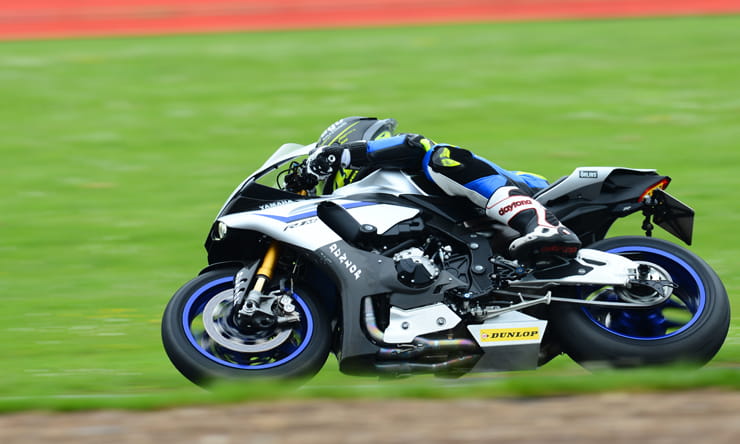 Taylor’s back wheel spins up, leaving black stripes of rubber out of the corners
Kane Dalton

The training days – which include breakfast and lunch– are run in parallel with other track days, with the same safety briefing, but Masterclass sessions have their own signing in area, not to mention specific stickers, to help in the selection of photos and editing of video footage shot while you’re followed. Your instructor uses this video in a debrief of your riding during the course of the day, and you’re free to take it home. If you want to use your own cameras, it’s worth noting that they must be placed on your bike – not your helmet or body – for safety reasons. A ram mount is a good solution. 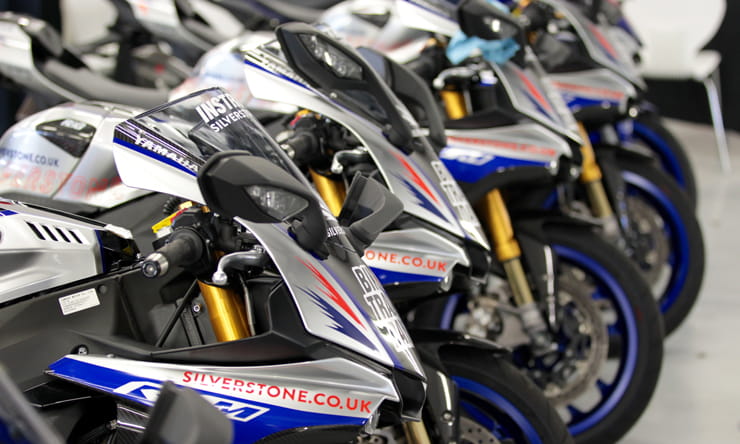 Each instructor looks after three students, the training run mostly in the circuit’s existing novice and intermediate session groups (with some additional filming done in the fast group), but you can ride in the group that you feel most comfortable. It ends up effectively being an open pit lane for the Masterclass, so pretty much a full day’s instruction. 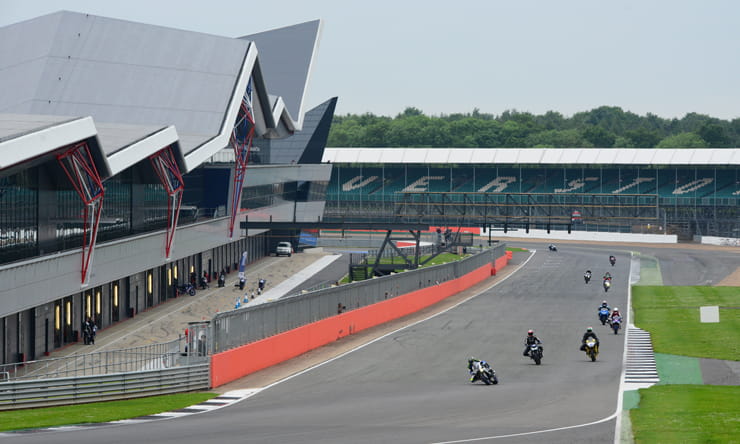 I was in Taylor’s group, so after our sighting laps, the other student and I followed TMack for the first session, which was a good way to learn where the track went. When your instructor follows you, they look at your body position, throttle control, how you use gears, braking technique, racing lines, track position and overall circuit riding skills. When you’re back in the paddock you discuss these points and get advice on how to improve, and talk about the areas in which you feel you need more help. 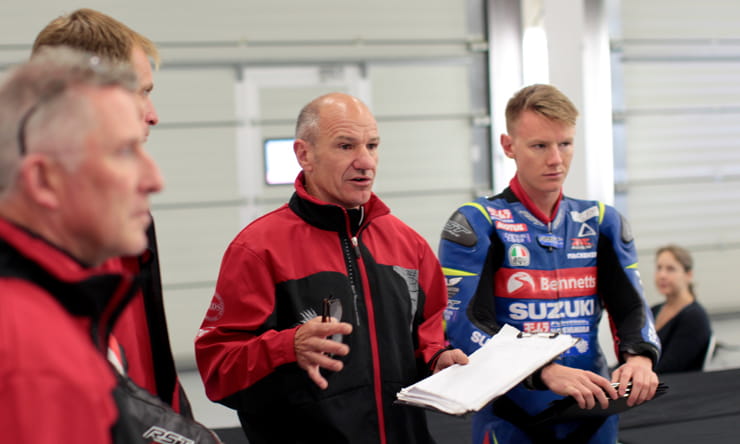 I like tight technical sections on track. When I’ve got the bike over at higher speeds, I reach my personal barrier and stay there. Taylor suggested a tow, which meant that I’d be sitting on his back wheel and essentially ‘towed’ past my comfort zone on those super-fast sections. If you’re mirroring the lead rider and they open the throttle more, it gives you the confidence to follow. The only thing we had to worry about was picking our way past the other traffic. 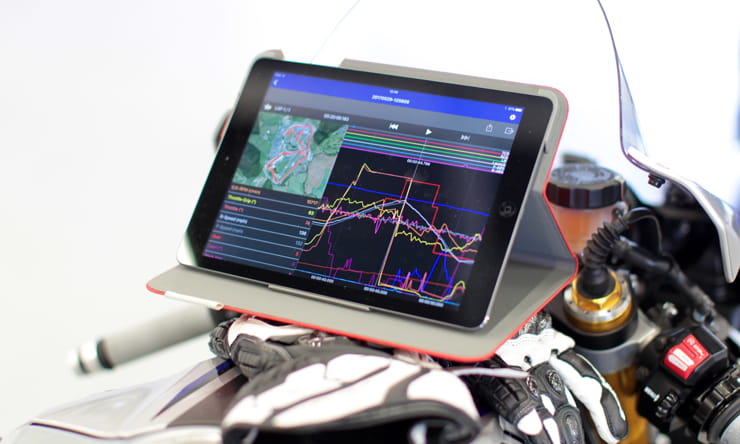 Another concern for most track riders is grip when the bike is over a long way. The instructors need to deal with all the changing weather conditions, so run the Yamahas on a compromise sports touring tyre that gives good grip in both conditions, but not exceptional in either. For my bike, I chose the Dunlop D212 GP Racer treaded track tyres, which have a race profile that gives excellent grip at extreme lean angles. When I was being towed I knew that I had more edge grip than Taylor, so that gave me even more confidence. 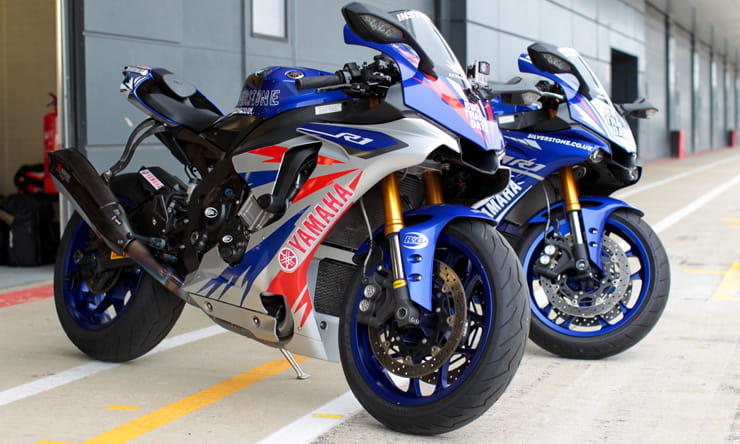 Seeing Taylor’s back wheel spin up, leaving black stripes of rubber out of the corners, got me harder on the gas and feeling my own wheel light up, before the electronics kicked in, calming it all down and driving the bike down the straight like a missile.

When I wasn’t riding with Taylor I went out by myself and practiced some of the things we’d been working on. I also went out following the other student when he was being towed by Niall; between the showers I did 12 sessions on track, which equals about two days on a normal track day. You don’t have to ride every session, or even back to back like I did, but you can if you want to, so it represents excellent value for money. Some customers come regularly, as they appreciate the one-on-one coaching, and always learn something new, improving with each course. 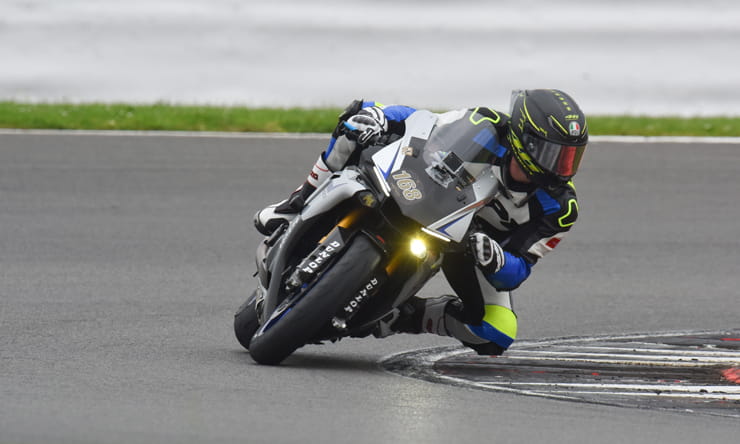 At the end of the day you’re presented with a progress card. Mine read: “Overall good. The easiest point for improvement is later braking and harder acceleration.’’ It’s all about pushing myself out of my comfort zone, and the Masterclass allowed me to do just that, in a safe and very enjoyable environment.