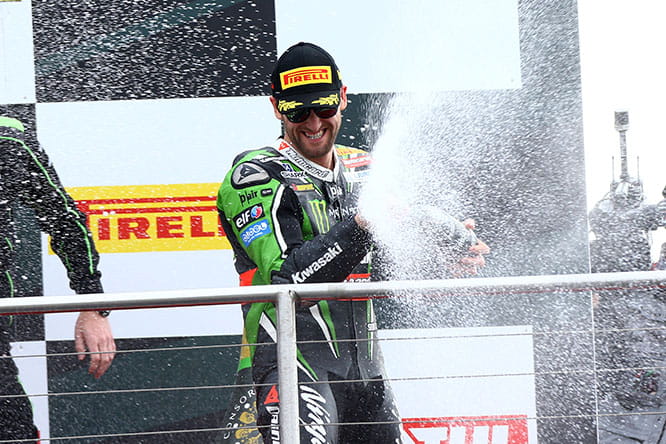 Sykes had been the man to beat in qualifying, setting a new circuit record of 1:26.712 in superpole, almost a second quicker than second-placed Davies, but away from the lights it was Welshman Chaz and his team-mate Davide Giugliano who set the pace, with Rea sitting in third.

But the 23 lap race had a number of twists and turns. Davies slid out of the lead at Goddard’s on lap six, before Rea ran off the track at the same corner a few laps later, the result of an intermittent gearbox problem that reared its head throughout the race. Davies did remount after his incident, but was down and out three laps later. 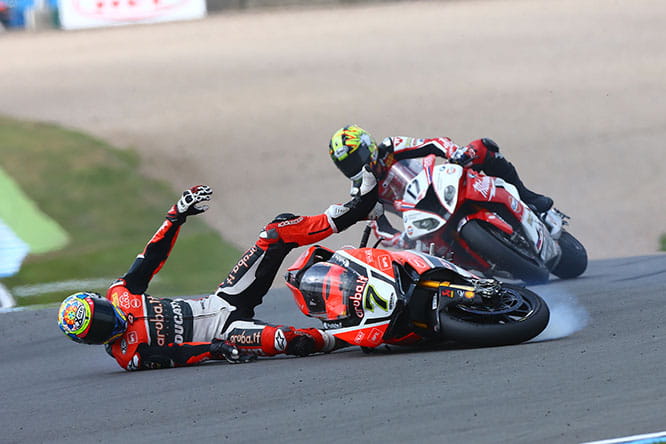 Sykes moved through to the lead on 17 and was able to hold of the challenge from Giugliano to take his third win of the season. Despite his mechanical woes, Rea was able to bring his ZX-10R home in third, maintaining his 100% podium record and extending his points advantage over Davies to 58 points. Sykes remains third in the championship but closes in on his rivals, being just three points adrift of Davies. Leon Camier brought his MV Agusta home in another excellent fourth place, while Alex Lowes was a non-starter due to the shoulder injury sustained in the previous race.

Speaking after the race, winner Sykes said: “We got the win so I am happy. Chaz was keen to get in front, as was Davide. I left half a bike’s length on the opening lap and Davide went through. He touched me twice but it was good racing. I suffered in some areas and in the last six laps we had a little issue, so I am over the moon to get the win. I can put my feet up for now but we need to look at some of the issues we had today and fix them for tomorrow.”