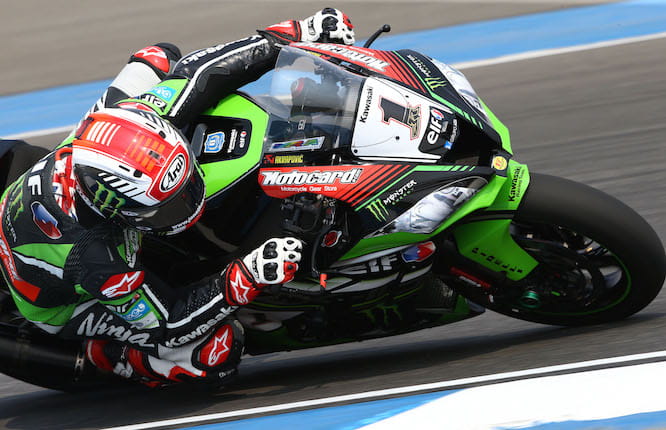 Jonathan Rea remains unbeaten in the 2016 Superbike World Championship after taking his third win in a row in the first race at the Chang International Circuit, Thailand.

Michael van der Mark made history just hours prior to the race by taking a first ever World Superbike pole position for a Dutchman but was unable to make the most of his grid position as he was swallowed off the line.

Rea took the holeshot but a mistake on the third lap saw team-mate Tom Sykes take an early lead. Van der Mark wasted no time in regaining lost ground, finding himself on the rear of the Kawasaki duo by the fifth lap.

The Dutchman had looked to be the only rider capable of challenging the Teem Green dominance, but a mistake around mid-distance saw him lose considerable ground and while he maintained a similar pace to the ZX-10Rs, he couldn’t bridge the gap.

Rea stalked Sykes until making his move with five laps to go. Sykes kept sights on his team-mate until the end but wasn’t close enough to make a strong enough challenge, allowing Rea to cruise to his third victory out of three races. 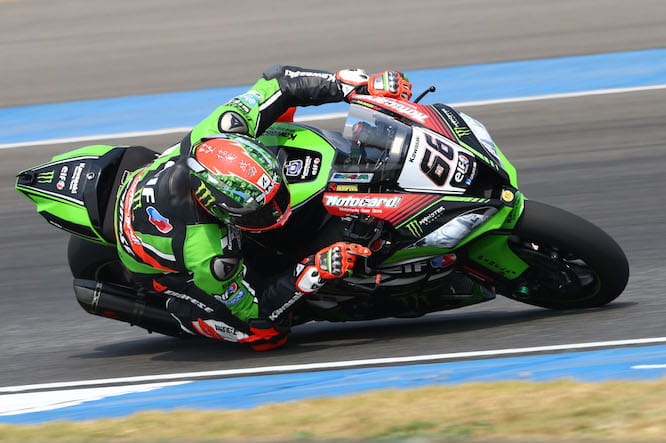 Chaz Davies took a distant fourth place after spending the race battling his team-mate Davide Giugliano, who crashed out with just a handful of laps to go.

Jordi Torres was eighth with the Aprilias of Alex de Angelis and Lorenzo Savadori rounding out the top ten.

Former MotoGP World Champion Nicky Hayden retired from a strong top five in the early stages with what appeared to be an engine failure. 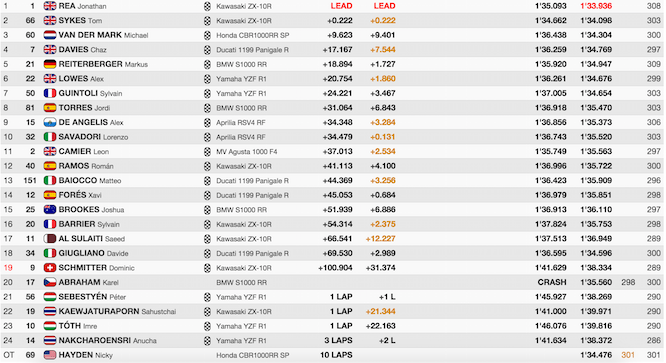