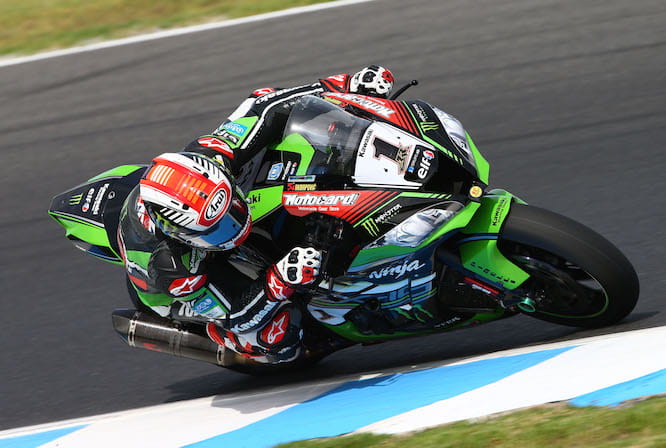 World Champion Jonathan Rea topped the second and final day of World Superbike testing in Phillip Island before the season gets underway this weekend.

The Northern Irishman’s time wasn’t quite as fast as the pace team-mate Tom Sykes had set the previous day with the Kawasaki duo once again looking threatening ahead of the season’s start.

Davide Giugliano set the second fastest time on Tuesday aboard his Ducati Panigale R, the Italian had been quick in pre-season testing last year before a fast crash ruled him out for a number of rounds.

Honda’s Michael van der Mark and Nicky Hayden made a promising start to 2016, third and fifth fastest respectively on the final day lifting hopes for the ten Kate team who are looking to improve on a difficult 2015 campaign.

Phillip Island once again took its toll on riders, with Aussie star Josh Hook suffering a dislocated shoulder after a crash at the southern loop.

Sykes was seventh fastest on the final day, unable to match the pace he’d set on Monday, with Alex Lowes and Jordi Torres completing the top ten.

Milwaukee BMW’s Josh Brookes and Karel Abraham got off to a tough start as they get to grips with the BMW S1000RR. Both riders crashed during the test hampering progress further.

The next time riders are on track will be in Friday’s first free practice as the season gets underway at the picturesque Australian circuit. 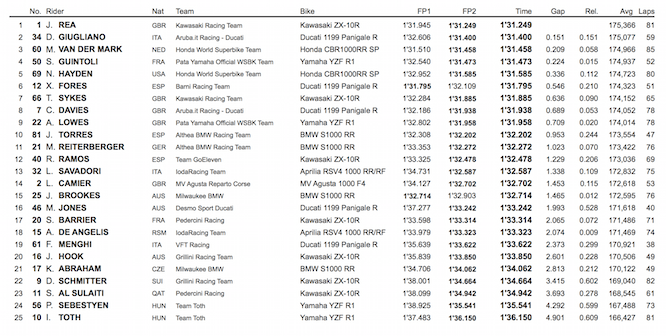