Sykes holds off Yamaha attack to take pole in Aragon 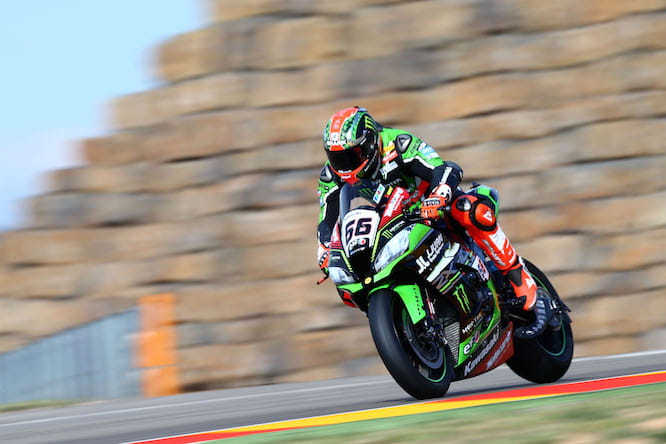 Sykes’ time of 1’49.374 places him on pole by 0.2secs ahead of Guintoli, who had to fight through the first qualifying session after a tough start to the weekend.

Guintoli’s team-mate, Alex Lowes joins him on the front row after an impressive showing from the PATA Yamaha squad, demonstrating the progress made with the new YZF-R1.

Michael van der Mark was unable to continue his season’s impressive qualifying form after tucking the front after clipping the kerb on his fast lap. 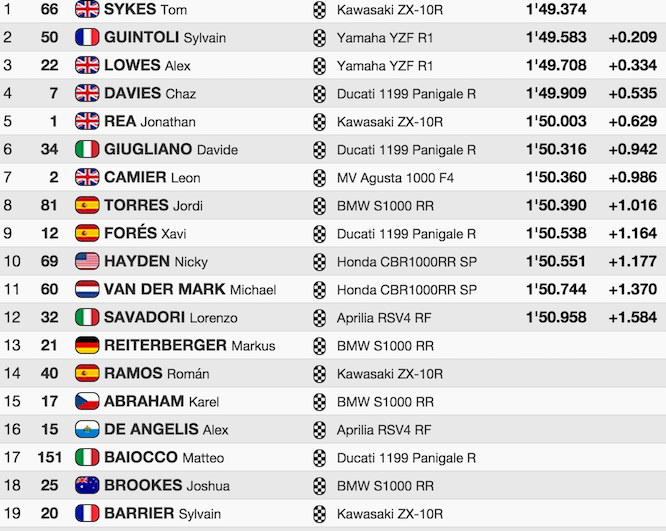