Majestic double for Rea at Imola 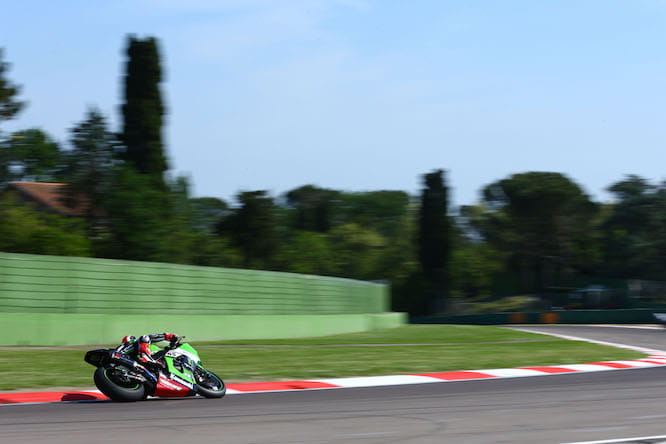 Jonathan Rea took another majestic double victory in the fifth round of the 2015 Superbike World Championship at Imola to extend his championship lead to a commanding 87 points.

The Northern Irishman stormed to victory in the first race after a red flag saw the battle run over a six-lap dash. Taking the holeshot, Rea and teammate Tom Sykes carried a blistering pace to gap the rest of the field considerably despite the short race. Davide Giugliano took third on his return to action following breaking two vertebrae at the start of the season.

Rea led race two from start to finish, just able to hold off Sykes who was close but just not close enough. Jordi Torres took his first World Superbike rostrum on the Red Devils Aprilia after Chaz Davies suffered his second mechanical of the day and Leon Haslam crashed out in the closing stages.