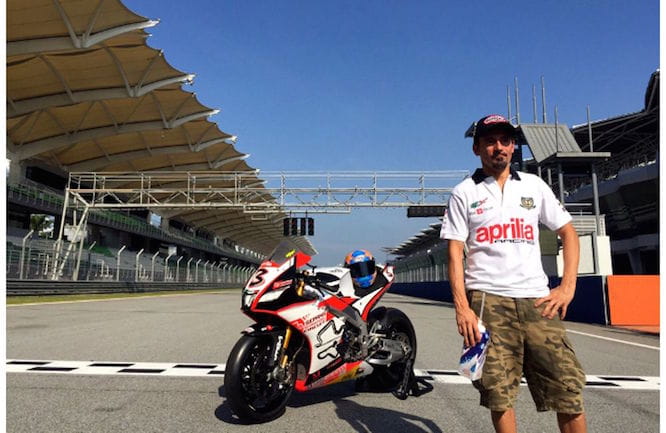 Two times World Superbike Champion Max Biaggi will return to action once again this weekend in the second of his planned 2015 wildcard rides at Sepang.

Biaggi enjoyed a strong comeback two rounds ago at Misano where he achieved two top six finishes aboard the Aprilia RSV4 Factory.

Introduced to the World Superbike calendar in 2014, Biaggi hasn’t ridden competitively at Sepang since 2005 in his MotoGP days.

The Roman Emperor spent four days testing at the Malaysian circuit last week but was forced to contend with bad weather, only getting one completely dry day. 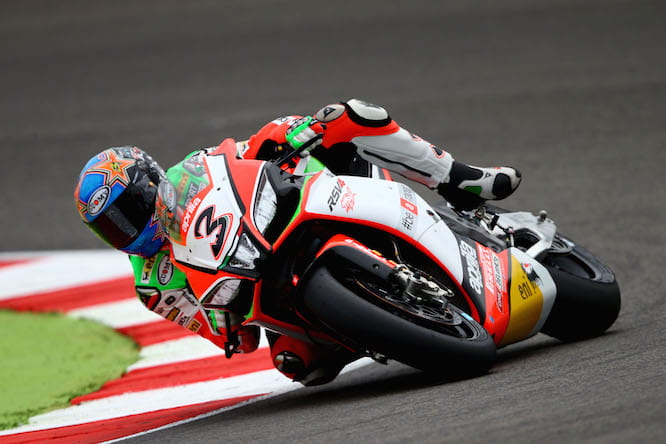 “After the dream came true at Misano, where I rediscovered the warmth of my fans and the adrenaline of racing, in the second wildcard at Sepang a demanding weekend awaits,” said Biaggi.

“During the tests I discovered the difficulties of a complex track with extreme weather conditions, losing precious time did not help. We’ll need to stay 100% focused to take advantage of every practice session. The guys on my team will be under a lot of pressure and I’ll have to dig deep to give my best.

“Improving the Misano results will be no walk in the park, but it isn’t the first time I’ve faced an impossible challenge.”