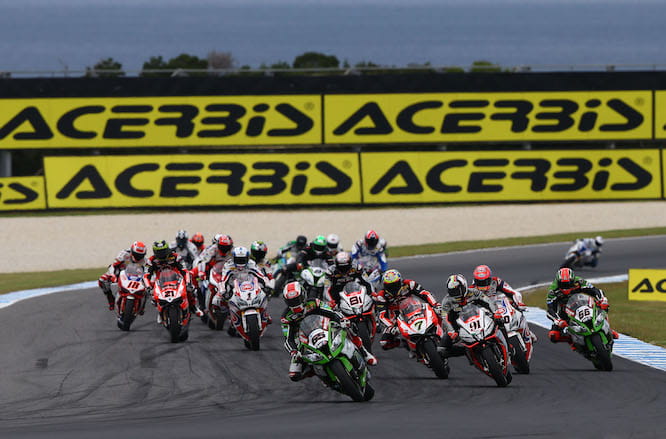 Jonathan Rea came, saw and conquered.  That is the main thread of the World Superbike title winning story as the rider from Larne quickly got to grips with the Kawasaki, having switched from Honda at the end of the previous season.

He dominated from the word go, but while that was happening, there were also a number of other stylish performances, with Chaz Davies growing in stature to take a deserved, if distant, runner-up position to the Ulsterman in the final standings.

Rea was at home with the Kawasaki, quickly getting to grips with it, and striking up a happy relationship with the team while in contrast his teamster, Tom Sykes, the champion of 2013, was not enjoying changes to the bike in line with new technical rules. By the time he became comfortable it was too late to mount a real challenge to regain the crown, such was Rea’s supremacy.

Sylvain Guintoli, the defending champion, had a tough time having moved away from Aprilia to join the ranks of the Ten Kate Honda and it was not until the penultimate round, on home soil at Magny Cours, that he enjoyed a podium finish.  The Aprilia challenge was in the hands of the young Spaniard Jordi Torres and Leon Haslam, with the latter making a positive start to the campaign but then not being able to sustain it. 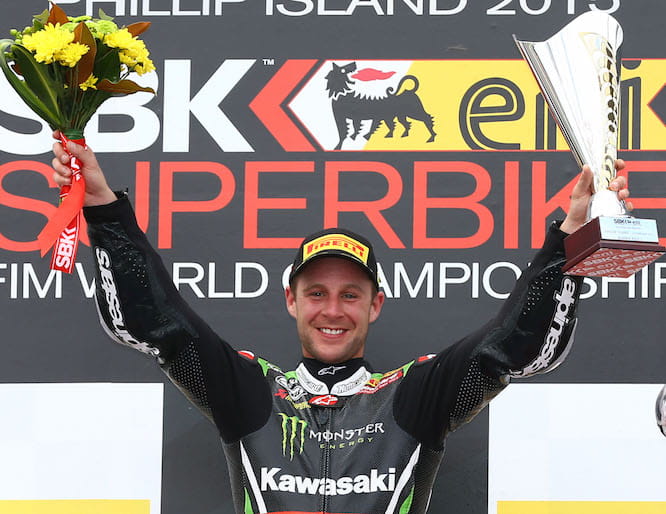 Rea struck first, winning the Australian opener at Phillip Island, ahead of Haslam, who reversed the result next time out.  Davies was twice third. Thailand next and Rea did the double ahead of his Derbyshire rival each time each time with Sykes and Alex Lowes aboard the Suzuki running third.

Davies, after a lean time in Buriram, was back at the front in Aragon, sharing the wins, and second placings, with Rea.  Assen brought another Rea double, ahead of Davies with Michael van de Mark surprising on his home circuit by bagging a brace of thirds ahead of Haslam.  Davies lost ground in Imola, failing to finish either race as Rea charged on, another win double, this time with Sykes second. At Donington Park Sykes turned on the style, beating his team-mate Rea to win both races after two spectacular battles.

It was business as usual for Rea at Portimao as he continued his relentless charge to the crown winning both races ahead of first Sykes and then Davide Guigliano, who enjoyed a rare high in an injury ravaged campaign.  Sykes and Rea shared the victories in Misano with Davies pushing them hard and next time out at Laguna Seca the Ducati rider took charge winning both races with Sykes second in each, ahead of Rea. 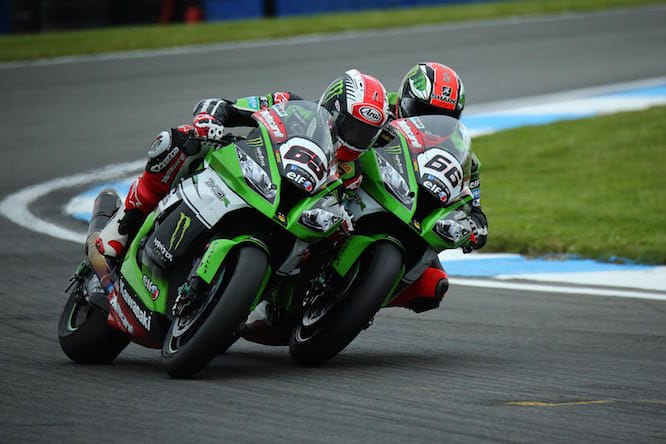 Rea and Davies shared finished first and second in Sepang and switched the result in race two, at which point Rea had finished on the podium in each of the first twenty races and having won a dozen.

Rea’s podium run ended in Jerez where he twice finished fourth, but it mattered little as he’d done enough to secure the crown after the first race. Celebrating with a parade lap wearing the helmets of his idols, Joey Dunlop and Brian Reid, the last two Northern Irish World Champions.

Magny Cours saw the champion on form as he won both races from Sykes and then Davies.

The target for Rea going into the Qatar final round under the floodlights of Losail was to better the all time record points scoring haul of Colin Edwards.  Rea closed in on that with a first race second place to Torres who was powering in his maiden victory in the series, easing him into fifth place overall. 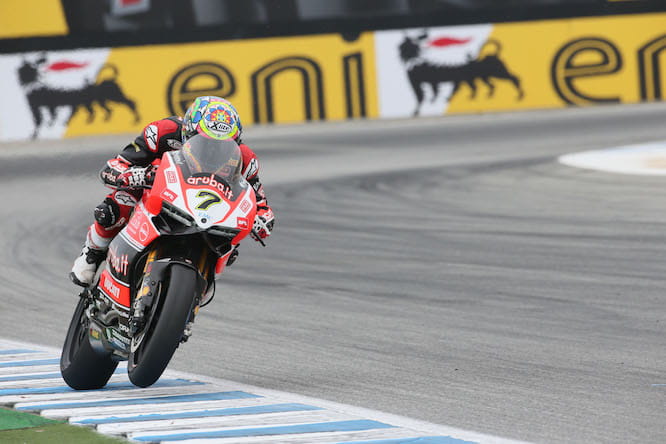 It seemed all set for Rea to secure a place in the sporting annals, but his very first mechical problem of the season side-lined him, leaving him just four points short of the Texan’s best.

Haslam rounded off his season with a victory, consolidating his fourth place overall in the standings while Davies, always in the hunt for the win, and trading places with his Aprilia rival, had to settle for second ahead of Sykes who with third place in the standings immediately turned his attention to working towards 2016.

That was also the case for former British champion Lowes who had battled hard across the campaign to secure tenth place in the rankings, three positions up on Leon Camier who had scant reward for his ever honest endeavours.