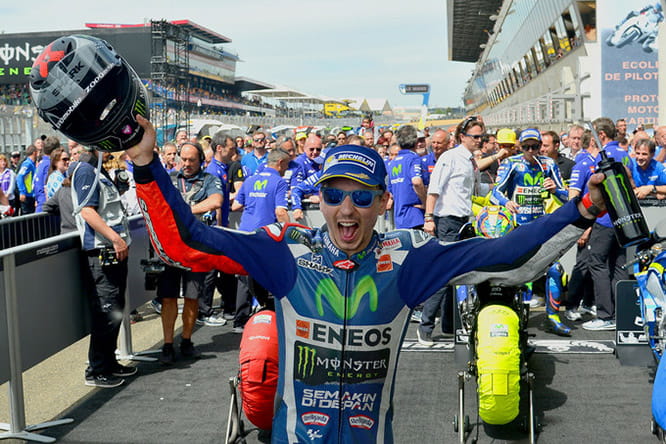 Reigning MotoGP world champion, Jorge Lorenzo, switched helmet manufacturers at the beginning of the 2016 season and now wears SHARK, who in turn have produced a replica version on the Race-R PRO model.

Now, the French company are now offering the chance to meet the Movistar Yamaha rider at the British round at Silverstone in September.

All you need to do is buy the £420 Lorenzo replica Race-R PRO then send a copy of your receipt to Lorenzo@shark-press.co.uk

As the championship heads to Catalunya for round 6 this weekend, the 29-year old Spaniard, who has already formalised his contract for 2017/18 with the Factory Ducati team, leads the title chase with 2 wins and 2 second place finishes so far this season. 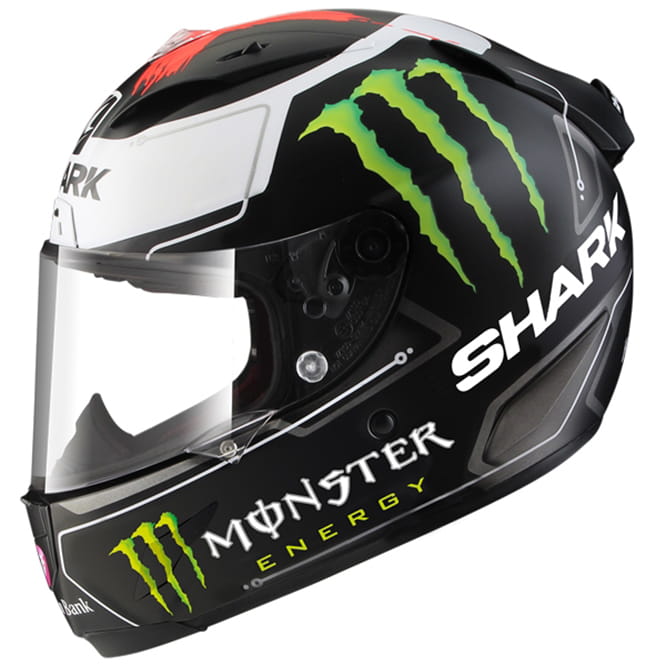 Adorned with Monster Energy logos and featuring Lorenzo’s ‘Por Fuera’ (‘On the outside’) personal logo on the top, the Race-R PRO is constructed from carbon aramid fibre and features a double blade spoiler to aid high speed aerodynamic force. Crystal clear visibility is achieved thanks to the optical class one visor with variable density –  the visor is 2.8mm around the edges and 4.25mm in the centre.

The visor has a patented four anchor point visor safety lock and is treated with an anti-scratch treatment outside and an anti-fog treatment inside. It fastens securely using a double D-ring strap and tucks away using a magnet. The helmet features a quick release visor system and the interior is removable and washable. The Race-R PRO is acknowledged as one of the safest helmets on the market with five stars in SHARP testing.