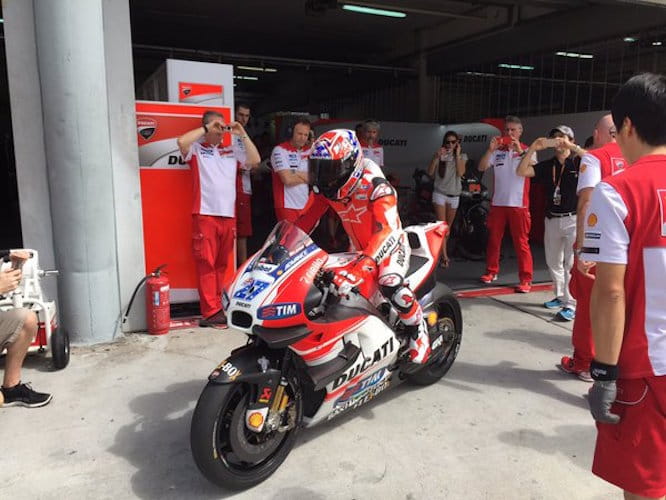 Casey Stoner made his eagerly anticipated return to Ducati as he swung a leg over a Desmosedici for the first time since 2011 in Sepang today.

The Aussie spent a full day testing alongside fellow Ducati Corse test rider Michele Pirro at the Malaysian circuit, two days prior to the first official MotoGP test of the season.

Stoner rode Ducati’s 2015 machine in an attempt to familiarise himself with the latest generation of the Bologna factory’s prototype, but will move on to this year’s bike as he continues a full testing programme for Ducati throughout 2016. 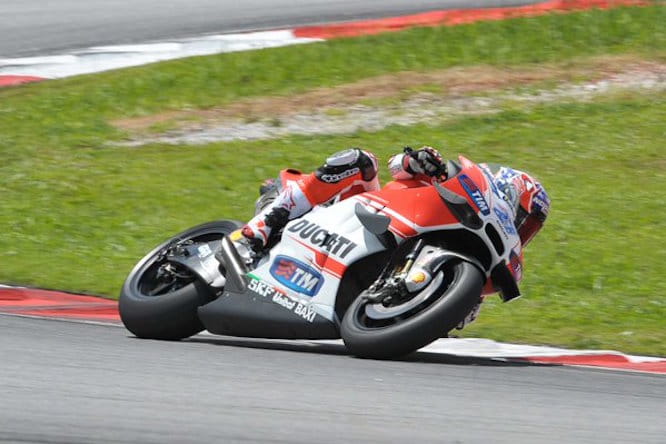 The twice-MotoGP world champion is now set to go up against the rest of the Grand Prix field for the first time since he retired in 2012. According to Crash.net’s Peter McLaren, who is at the circuit, Stoner will ride on the third day of the official MotoGP test next next week.

The move is sure to further fuel persistent-rumours that Stoner will make a wildcard appearance in a Grand Prix this season. While nothing is set in stone, Bike Social understand the option is open and Ducati’s big boss Claudio Domenicali did nothing to quash such speculation when queried at the Verona Motor Expo last week.

“As for some wildcards, I do not think Dorna or Phillip Island would be offended if he was on track”, Domenicali told Italian publication GPone.