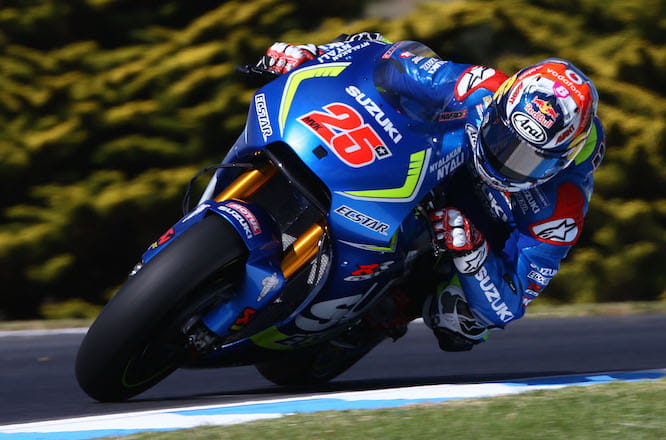 Maverick Vinales fired a clear warning shot that he’s to step up the game in this year’s MotoGP Championship by setting the fastest time on the second day of testing in Phillip Island.

Despite rainfall in the morning, the second day brought about much more productivity than the first with riders able to complete many more dry laps. Just Jorge Lorenzo, Andrea Dovizioso, Andrea Iannone and Suzuki test rider Takuya Tsuda ventured out in the wet conditions this morning before the track started to dry.

Vinales became the first rider to break the 1’30 barrier just after lunch as he asserted himself as a contender. In the final hour of the session the Spaniard traded times with twice-MotoGP world champ Marc Marquez, who appeared to take a positive step forward with the latest iteration of Honda’s 2016 motor.

Jorge Lorenzo completed an all-Spanish top three, just 0.226sec off Vinales’ fastest time and ahead of team-mate Valentino Rossi who was in turn just 0.047 sec behind his team-mate. 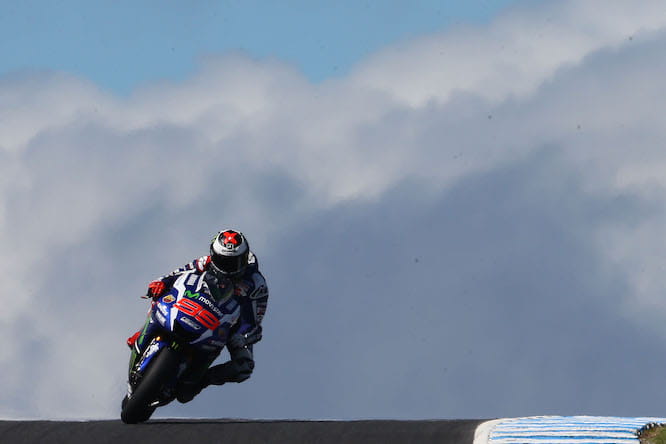 Hector Barbera continued his impressive pre-season showing in sixth with the Ducati GP14.2. His time of 1’29.854 (0.723 from Vinales) saw him place top Ducati rider ahead of factory man Andrea Iannone in seventh.

The red flag came out shortly as Repsol Honda’s Dani Pedrosa took a tumble at turn four. The diminutive Spaniard as all-ok and went on to set the eighth fastest time of the day.

Britain’s Scott Redding and Bradley Smith completed the top ten as the final two riders in the 1’29 bracket.

Frenchman Loris Baz placed an impressive eleventh, ahead of Andrea Dovizioso on the Ducati GP16 with Pol Espargaro, Danilo Petrucci and Aleix Espargaro rounding out the top 15.

Red flags were brought out for a second time towards the end of the day as Yonny Hernandez fell from his Aspar Ducati. The Colombian was uninjured and returned to the track for the final five minutes.