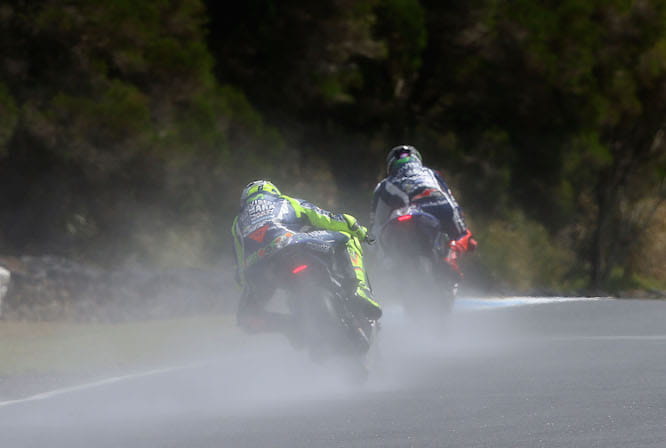 The only dry track time came towards the end of the day with Danilo Petrucci making use of the window to shoot to the top of the timesheets.

Maverick Vinales led the way for most of the day before securing the second fastest time with his final lap ahead of Tech 3 Yamaha’s Bradley Smith. With dry track time limited, the overall pace was some two seconds off Marquez’ race pace from late last year.

Scott Redding was fourth fastest, having been one of the first to switch to slicks towards the end of the day ahead of fellow Brit Cal Crutchlow, who had both a 2015 and 2016 Honda motor to run back to back.

Valentino Rossi was sixth ahead of Pol Espargaro, with Yonny Hernandez, Jack Miller and Andrea Iannone rounding out the top ten.

Tito Rabat, who completed more laps than anyone else aboard the Marc VDS Honda, was 11th ahead of Marc Marquez, who was trying the latest iteration of Honda’s 2016 engine. 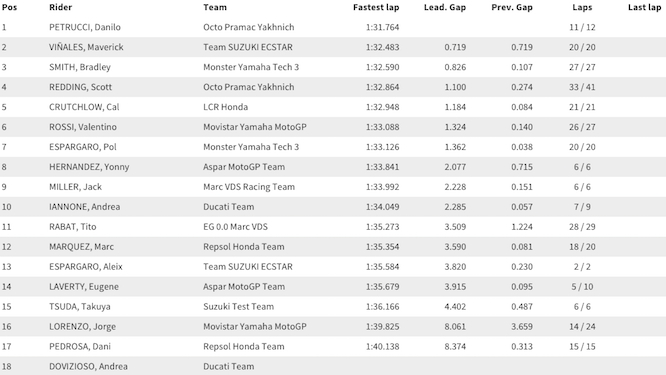