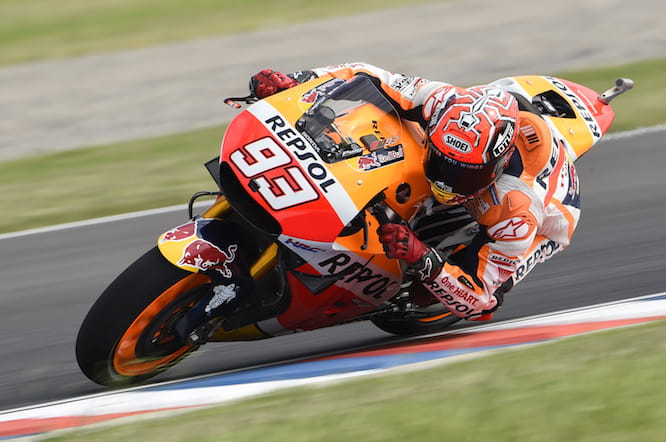 Marc Marquez took victory in a dramatic Argentinian Grand Prix from Valentino Rossi and Dani Pedrosa after crashes for Jorge Lorenzo and both Ducati riders.

This saw the race become a story of two halves, with Valentino Rossi and Marc Marquez duelling it out in the first half before the Italian struggled to match the Spaniard’s pace in the second.

Andrea Dovizioso took the early lead from Rossi and Marquez but the Repsol Honda man wasted no time in getting to the front.

Rossi followed Marquez past the Ducati as he took the lead on lap two and the pair scrapped it for the lead until both pitting on lap ten.

Drama struck before the pit stops as, after a poor start saw him as low as seventh position, Jorge Lorenzo crashed up trying to make up lost time. The world champion tried to rejoin the race but his YZR-M1 was too damaged. 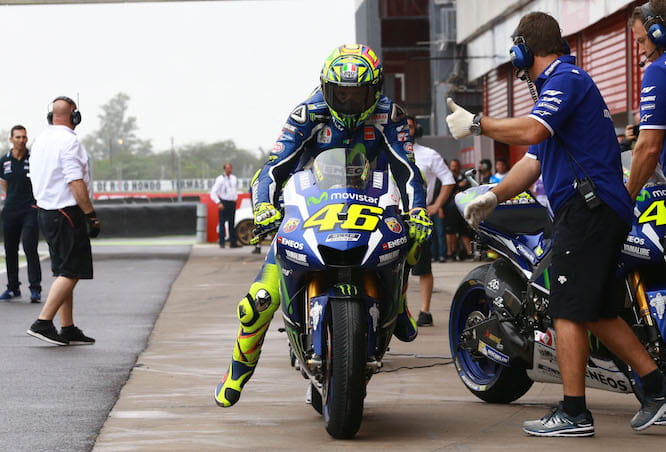 A seamless bike switch for Marquez saw him leave the pits slightly ahead of Rossi, who was then held up behind Tito Rabat who was yet to stop. However, Rossi was unable to find the rhythm he’d had prior to the pit stop, lapping a second slower than he had in the first ten laps.

This allowed Maverick Vinales, who vaulted the Ducati duo with an early pit stop, to close the gap closely followed by Iannone and Dovizioso. Vinales looked set to take a strong second place as he drafted past Rossi on the back straight but threw it all away as he clipped a damp patch and lost the front end.

Despite a strong fight from the nine times world champion, the Ducatis wasted no time in getting past Rossi to fight it out for the final two podium spots but it ended in tragedy for the duo as Iannone crashed into his team-mate at the final turn.

This left Rossi to take a relieved second place with Dani Pedrosa, who was punted off track on the first corner at the stat of the race, taking an unlikely third place ahead of an elated Eugene Laverty taking a career best result on the Aspar Ducati. 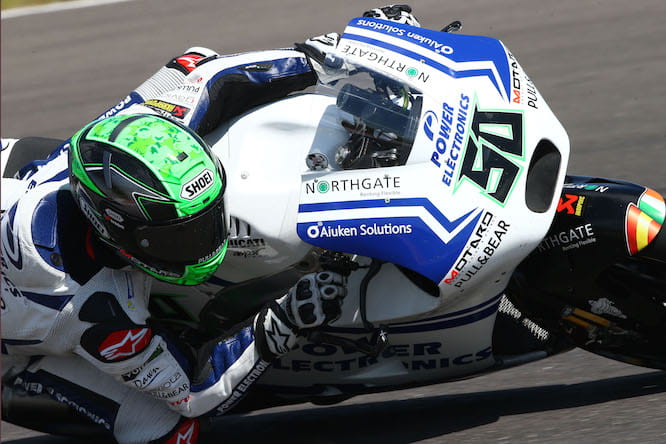 Hector Barbera finished fourth ahead of Pol Espargaro, who took a brief excursion off track mid-way through the race with Aprilia’s Stefan Bradl taking an unlikely top ten finish in seventh. Bradley Smith crossed the line eighth ahead of Tito Rabat with Alvaro Bautista rounding out the top ten.

Aleix Espargaro, Michele Pirro and Andrea Dovizioso, who pushed his Desmosedici over the line, rounded out the finishing riders.

Scott Redding was forced to retire from a strong sixth place and what would likely have been a podium finish after mechanical difficulties in the second half, with fellow Brit Cal Crutchlow also failing to finish after crashing out.

Loris Baz, Yonny Hernandez and Jack Miller, who made a lightning start to find himself ahead of Jorge Lorenzo, were also non-finishers. 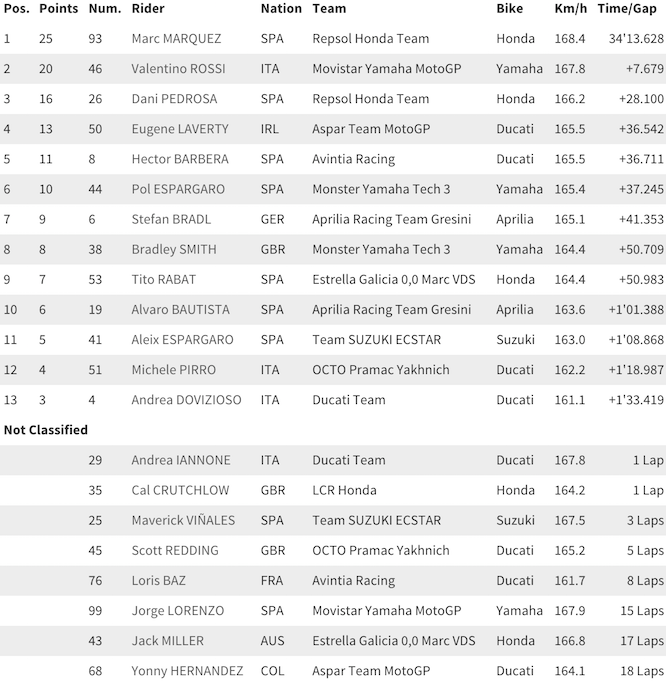