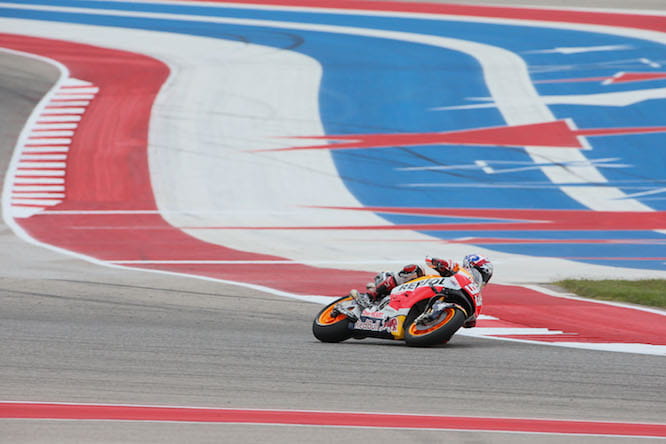 Marc Marquez took a fourth consecutive victory at the Circuit of the Americas in a crash-filled U.S Grand Prix.

Marquez assumed the lead in the early stages and once again didn’t look back as his domination of the Austin circuit continued with the Spaniard beating Jorge Lorenzo by six seconds.

Valentino Rossi dramatically crashed out of the race in the early stages as he fought to keep up with a rapid Aleix Espargaro on the softer Michelin tyres.

Andrea Iannone took a solitary third after Dani Pedrosa lost control and t-boned Andrea Dovizioso at mid-distance, with both riders failing to remount their machines.

Maverick Vinales eventually got the better of team-mate Aleix Espargaro to finish top Suzuki with an impressive ride from Scott Redding seeing him take top satellite bike in sixth.

Pol Espagaro was seventh ahead of Pramac Ducati’s Michele Pirro and Hector Barbera. Stefan Bradl rounded out the top ten to take his second strong result in as many races.

Yonny Hernandez, Loris Baz, Cal Crutchlow and Bradley Smith all crashed out of the race but were able to remount their machines and record a result. 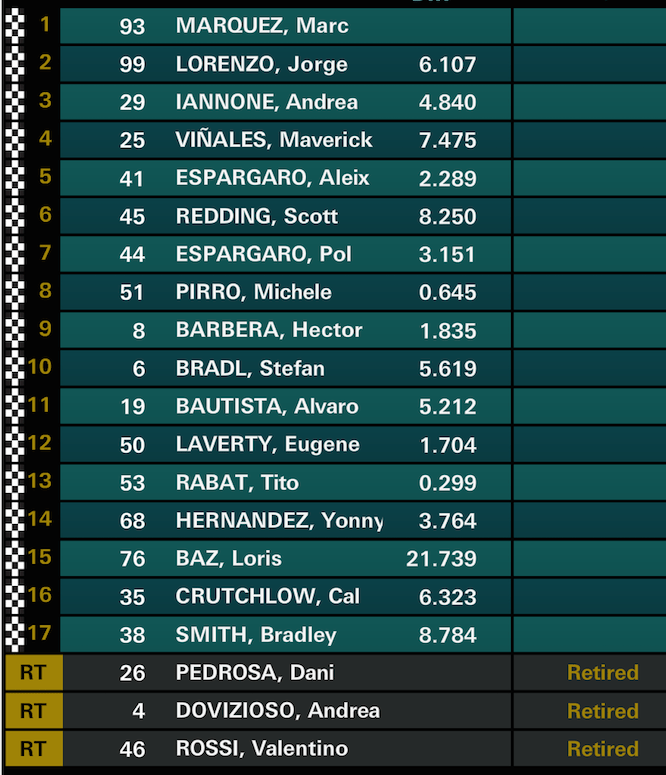