Record pole for Marquez despite crash in Aragon 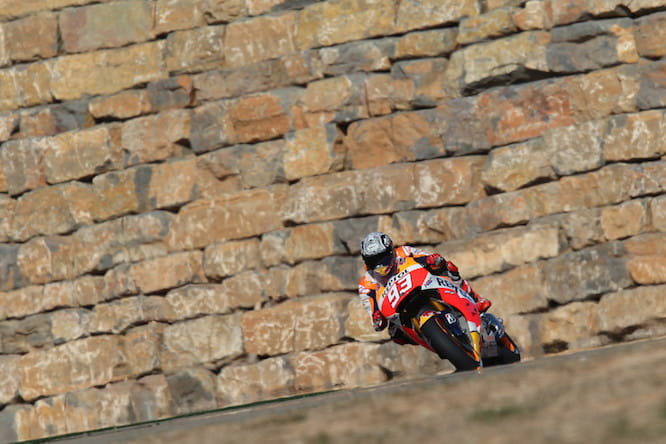 Marc Marquez obliterated his own pole position record at Aragon this afternoon to secure the top spot ahead of tomorrow’s Grand Prix.

Movistar Yamaha’s Jorge Lorenzo will start second, but was unable to surpass his fellow Spaniard despite a crash for the Repsol Honda man on his final run.

Marquez set his time of 1’46.625 early in the session to smash his existing record, but Lorenzo ran him hard with both riders pitting to make a second run. Visibly pushing hard, Marquez lost the front at turn two to end any hopes of him going faster, leaving the ball in Lorenzo’s caught. The Mallorcan was close to Marquez’ time for half of his lap, before losing a couple of tenths in sector three, crossing the line just a tenth slower than the reigning world champion. 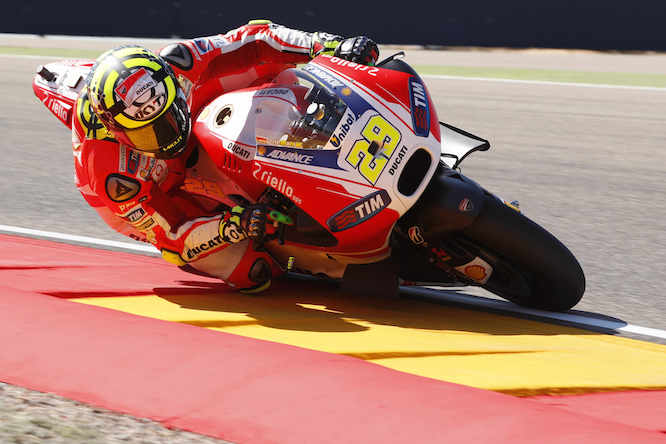 Andrea Iannone, riding injured after a fall during training, crossed the line to complete the front row with his final lap, knocking Pol Espargaro from third spot.

Dani Pedrosa will start fifth, ahead of Valentino Rossi who salvaged a second row start after a dismal mid-session performance left him languishing down in eighth place.

The Suzuki of Aleix Espargaro leads row three ahead of Cal Crutchlow and Danilo Petrucci with Bradley Smith, Yonny Hernadez and Maverick Vinales rounding out the Q2 qualifiers. 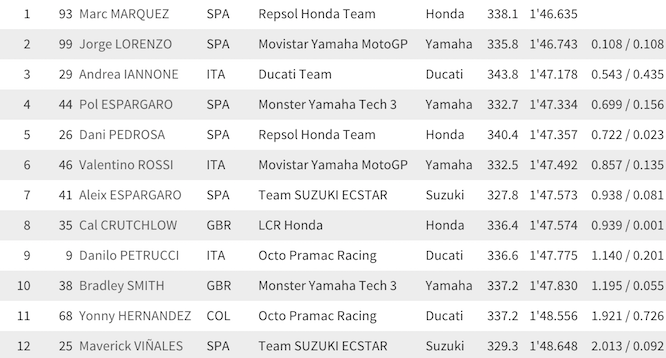