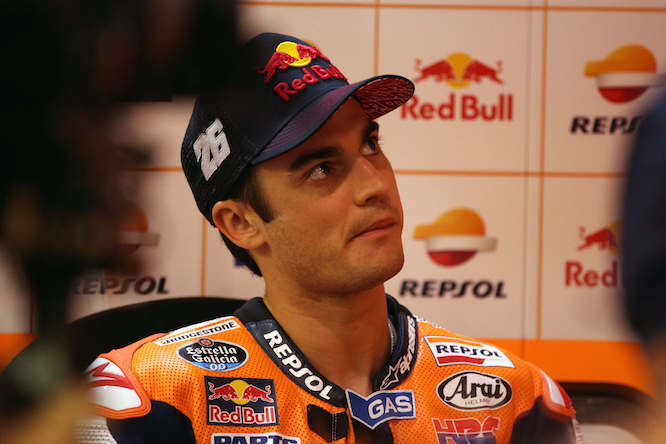 Dani Pedrosa will return to action this weekend in Le Mans after missing the last three races while recovering from surgery.

The Repsol Honda rider opted to go under the knife after the Qatar Grand Prix in a last-ditch attempt to cure an arm-pump issue that had been plaguing him for the last two years.

Pedrosa wanted to return in front of his home fans at Jerez, but after testing a Supermoto bike the Spaniard opted to give it a miss in order to give his arm a further two weeks to recover.

“My recovery has gone well”, explains Pedrosa. “I think I was right to be patient and take it slowly, and to respect the time frames that I needed. Now, finally, I can tell you that I will be in Le Mans this weekend.

“The truth is that I’m really keen to get back on my motorbike, as I’m sure you can guess. It’s not just about that though. I’m also excited to get back to my team to work side by side with them again. They’re a great bunch. Thank you for the countless messages of support that I’ve been sent. They’ve made the wait much easier, I can tell you that from the heart”.

After his three-round absence, Pedrosa trails championship leader Valentino Rossi by 72 points, leaving the Spaniard’s championship chances all but non-existent. However, Honda will be hoping he can get in the mix quickly to help teammate Marc Marquez close the gap to Yamaha.