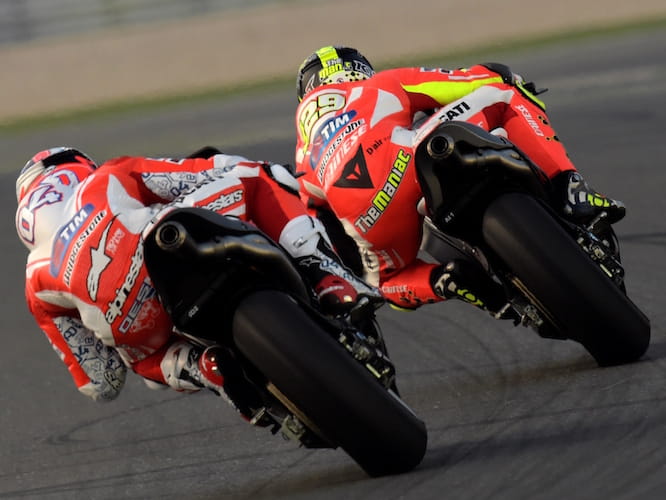 The final MotoGP pre-season test got underway this evening in Qatar and it was Ducati on top of the timesheets at the end of the first day with the all-new Desmosedici GP15.

Testing at the Losail circuit which will host the first round of the championship in just two weeks’ time, the Bologna factory’s two riders locked out the first two slots of Saturday’s time, led by Andrea Iannone with a fastest lap of 1’55.265. Teammate Dovizioso was just 0.098 behind as the pair continue to get their heads around the new Desmosedici, which has so far provided the answer to many of the problems suffered by Ducati in the last few years.

Defending champion, Marc Marquez was third fastest almost three tenths off the Italian duo ahead of an impressive showing from Ecstar Suzuki’s Aleix Espargaro in fourth.

Dani Pedrosa placed fifth ahead of the fastest Movistar Yamaha in the shape of double world champion Jorge Lorenzo, just over half a second off Iannone’s pace. Cal Crutchlow was sixth on the CWM LCR Honda ahead of Rossi a further tenth behind. 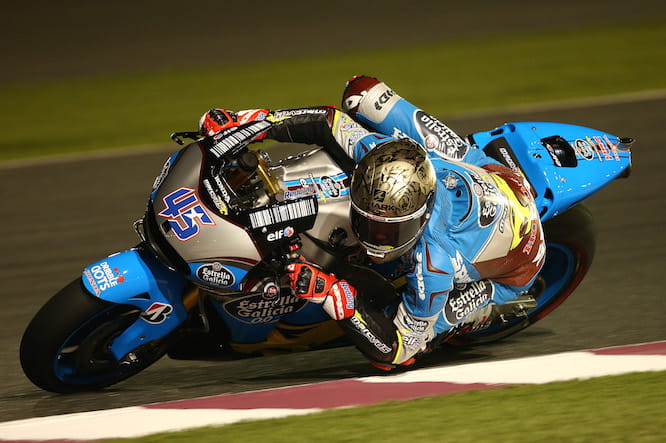 Bradley Smith and Scott Redding were ninth and tenth fastest respectively placing all three Brits in the top ten, with Redding’s time of 1’56.112 closer to the front than he’s been throughout testing so far.

The day’s biggest crasher was Maverick Vinales, who had to hang up his helmet for the day after damaging both of his GSX-RRs in crashes. Valentino Rossi was the first rider down with a number of others also falling in the first few corners.

Karel Abraham was the fastest open bike in 15th place 1.3 seconds off the on the Honda RC213V-RS. Rookies Jack Miller and Eugene Laverty were 19th and 22nd respectively.

For the first time this season there was a glimmer of hope for Marco Melandri, who managed to get within 0.7 of his teammate Alvaro Bautista. It wasn’t all good news though, the Aprilia men were both at the bottom of the timesheet over three seconds off the pace.