Rory Skinner has been a Bike Social sponsored rider since 2014, when he stormed to victory in the Aprilia Superteens championship. This season he's competing in two series, the RFME Spanish Moto3 championships and the prestigious Red Bull Rookies Cup. 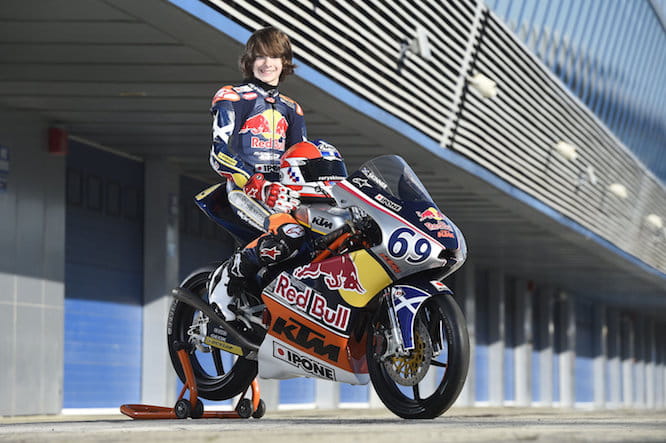 I have been busy testing over the past few months. First of all I was testing in Albacete in Spain with Racing Steps Foundation, my first time riding the KRP Honda Moto3. The test went well but sadly the weather was very wet.  On the second day it started to dry in the afternoon and fortunately we managed to run the last session on slicks. Next I went to Valencia but again this test was very wet. However, we managed to run the last session on slicks again. It was good to get some track time, even if mostly wet, as next up was the first round of the RFME Spanish Cup round at Albacete.

When we arrived for Round 1 the weather had definitely improved from the previous week, it was still a bit windy but the wind died down for qualifying day and race day.

In the first qualifying session I qualified seventh.  The second qualifying session was going really well until half way through when I low sided coming into the last corner.  Unfortunately I was not able to get back out on track for the remainder of the session but my time in the combined qualifying was still good enough to put me eighth on the grid for the race. 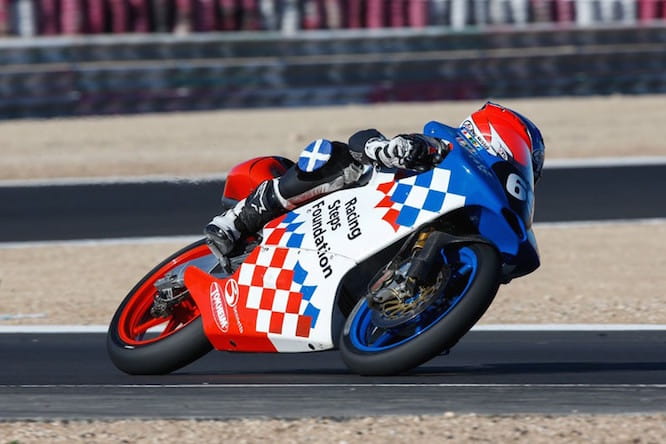 After qualifying the team and I talked about how we could improve for the race and we decided to make a change to the front end of the bike. Our plan was to test the changes made in the morning warm-up, unfortunately the morning warm-up session was stopped after one lap due to a red flag incident so we decided just to run with it.

In the race I got a really good start and was up to 2nd by the first corner, but by mid corner was squeezed out and lost a lot of positions, I had dropped back to sixth and was finding the change we made to the bike was giving me less feel from the front end and as a result my fastest lap time was over a second slower than in qualifying. I tried hard to stick with the front group and had several battles but was happy to finish the race in tenth position.  I learned lots over the weekend and am really looking forward to the next round of the RFME Spanish Championship at Jerez at the end of May. 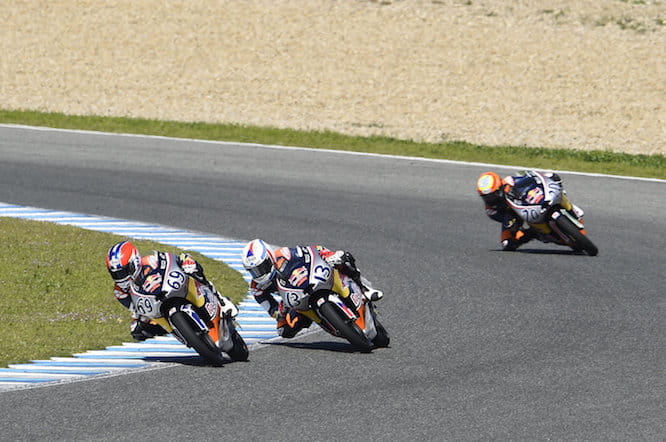 The next day was the Red Bull MotoGP Rookies Cup Pre Season Test at Jerez. It was really great to meet all the Red Bull team and all the riders and to ride the Rookies Cup KTM RC250R Moto3 machine around such an amazing track. During the week we did lots of photoshoots, some filming, practice starts, practice grid positions and we had lots of track time.  Over the week I improved lots and at the end we did an 18 lap race simulation.  At the end of the test I felt happy, I had a good understanding of the bike, the riders and the track and can't wait for the first round at Jerez this weekend.