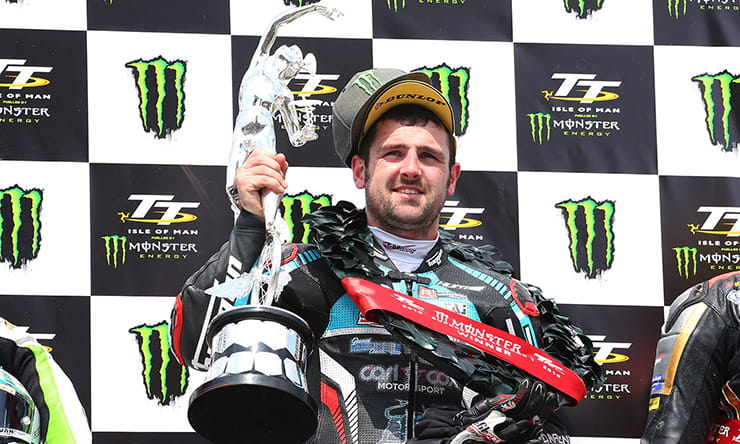 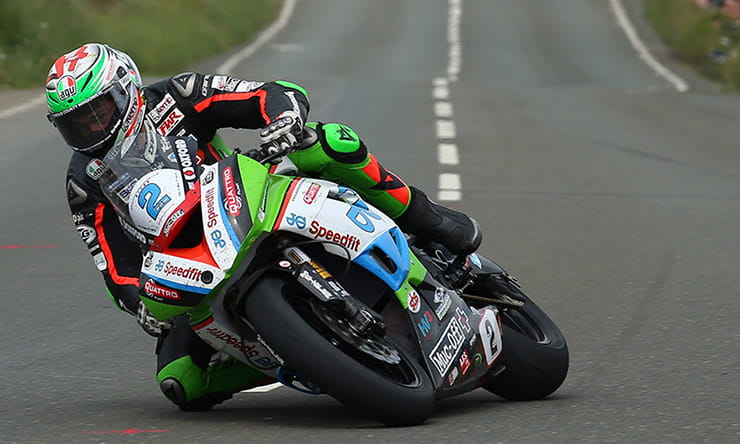 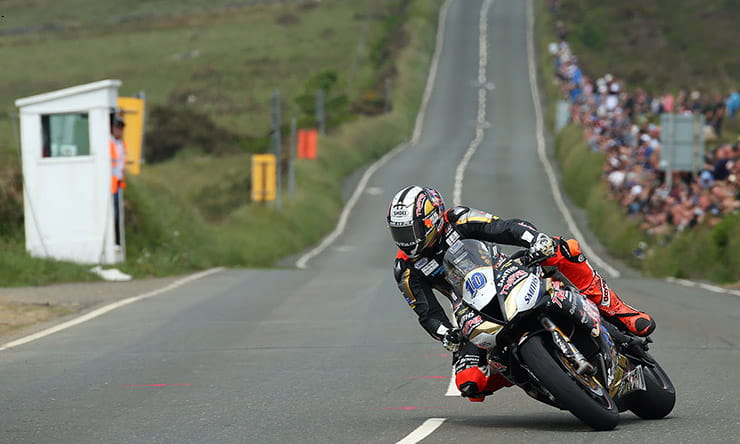 Michael Dunlop took his tally of TT wins to 17 with a dominant Supersport display in the first of the two races today on his own MD Racing Honda CBR600RR. Having taken his 16th race victory on Saturday’s RST Superbike six-lapper, the man from Ballymoney is already stamping his authority on the 2018 Isle of Man TT.

To crown his performance, the Northern Irishman set a new lap record for the Supersport class on lap two which remarkably included slowing down to the 60 kph pit lane limit for his fuel stop and tyre change. The new record of 129.197mph beats his own five-year old record of 128.666mph.

Completing the podium was the Silicone Engineering Kawasaki ZX-6R of Dean Harrison, 10.278s behind Dunlop with Peter Hickman third on the Trooper Triumph a mere 0.258s behind Harrison having taken 21s out of the Braford man on the final lap.

Hickman took third spot from James Hillier by 1.8s after a race-long battle with the Quattro Plant JG Speedfit Kawasaki, the two switching positions throughout the four-lap race. 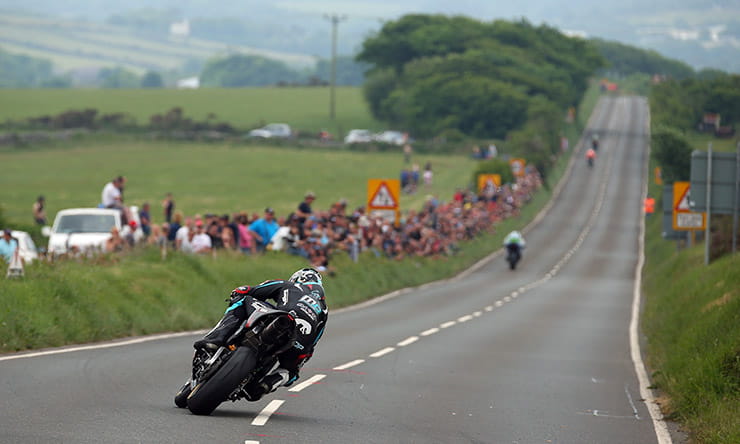 Dunlop looked firmly in control for the majority of the race despite being second to Harrison until the pair got to the Ramsey hairpin on the opening lap. Having started at number six and therefore 10 seconds behind Harrison, the Honda began reeling the Kawasaki in spending the final two laps of the race on his rear wheel until Harrison sportingly waved Dunlop by on the run out of Governor’s Dip towards the finish line on the final lap.

Dunlop moves one clear of his great rival, Ian Hutchinson, and now level in third place in the overall all-time winners list alongside sidecar legend, Dave Molynuex. Hutchy, riding the Padgett’s Honda CBR600RR, continued his comeback from his horror leg injury and completed the race in 16th place.

Completing the top ten coming in behind Hillier was the Honda of Conor Cummins, Josh Brookes on the Yamaha, Gary Johnson (Triumph), Lee Johnston (Honda), James Cowton (Kawasaki) and Ivan Lintin (Kawasaki) with a special mention to newcomer Davey Todd who took a highly respectable twelfth on the Burrows Engineering Honda. 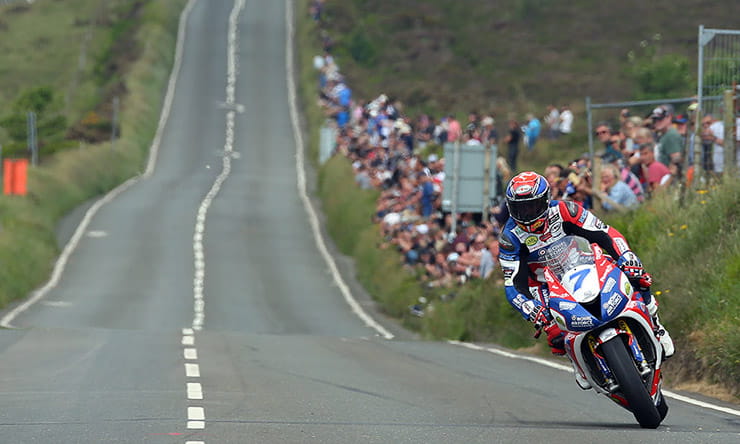 Already looking forward to the second Supersport race on Wednesday where Dunlop thinks he can go even quicker, he said, “The bike was perfect and the pit stop was perfect. The boys did a fantastic job. I genuinely think I can do a 130 (mph lap). We can definitely make it (the bike) better.”