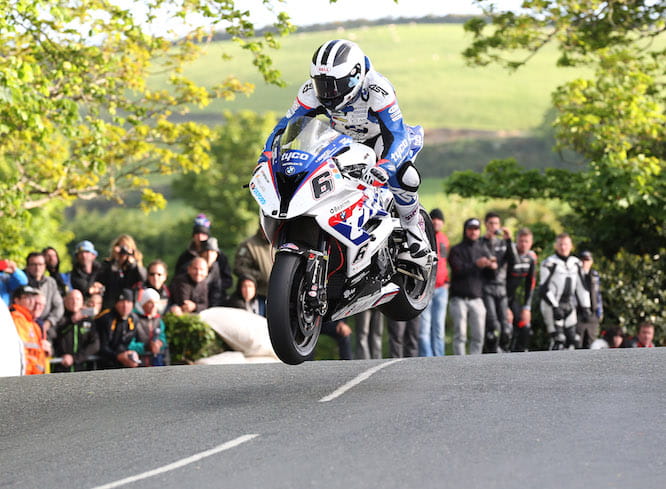 The Tyco BMW team have announced they will part ways with William Dunlop ahead of the 2016 road racing season.

Dunlop joined the Tyco-backed TAS racing squad in 2014 on a Suzuki, and remained with the outfit through their switch to BMW machinery this year.

While victory eluded the elder Dunlop brother during his time with the team, he did win the Irish Road Racing Superbike title on Tyco BMW’s S1000RR.

It’s thought Dunlop’s CD Racing team, which ran him on a Yamaha R6 in this year’s 600cc races, will step up with a Marcus Eschenbacher-prepared R1 for the Ballymoney racer next season.

It’s currently unknown who will replace Dunlop in the Moneymore-based squad, with rumours both Lee Johnston and Peter Hickman have turned down offers to ride for the team alongside Guy Martin.

“Philip and all the boys at Tyco BMW were very good to me, so first of all I’d like to thank them for making me feel very welcome,” said Dunlop. “I really enjoyed my two years with the team. I’d also like to thank Tyco, BMW Motorrad and Metzeler tyres for their support, which also helped me clinch this year’s Irish Superbike title.”

Tyco BMW manager Phillip Neil added: “William has been a great ambassador for us this past two years and on a personal note, I have really enjoyed working with him. I have spoken to William at length and we have agreed mutually to go our separate ways for 2016, but the door has certainly not been closed. There’s every chance he could return in the future and of course everyone at Tyco BMW wishes him well.”