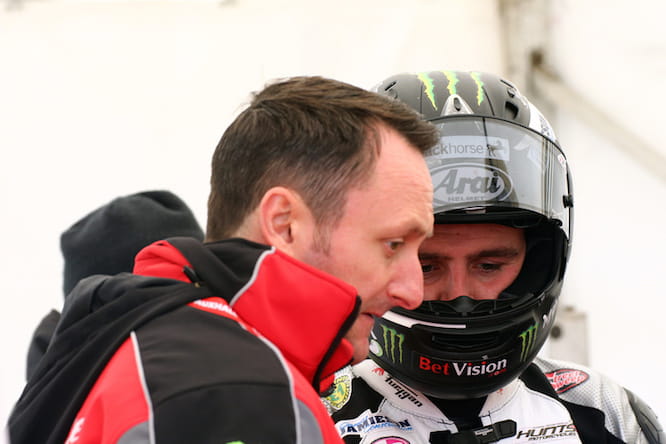 Milwaukee Yamaha team manager Mick Shanley has said the 2015 Isle of Man TT will be a ‘voyage of discovery’ for Yamaha’s all new YZF-R1.

The R1 has seen a complete overhaul for 2015 and Yamaha has put huge amounts of effort into its race department across the board, including securing the signature of one of the TT’s hottest riders – Michael Dunlop.

Dunlop has won eight TT races in the last two years and despite the manufacturer switch, he remains one of the favourites for this year’s event.

Taking delivery of the YZF-R1 superbike machines quite late on, the team has faced limited testing with the Ballymoney man but are confident the progress made in the first three rounds of the British Superbike championship will help. 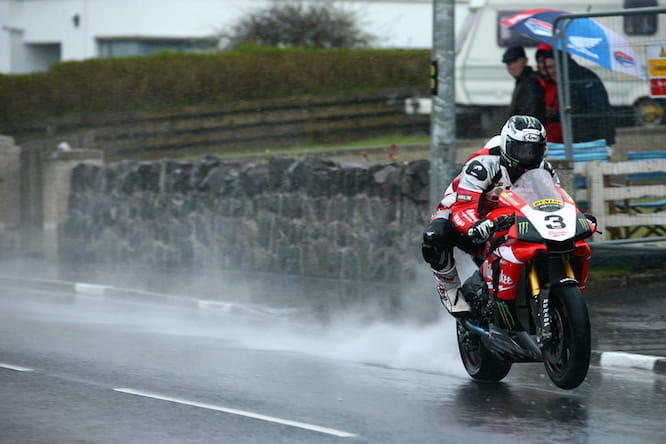 “We’re getting there,” said Shanley. “I think the project as a whole at the minute is positive considering the amount of time we’ve had on the bike. In British Superbikes we are three rounds down and only 15 points off the championship lead so we are pretty happy there.

“We are there to support Michael on his 600 and Superstocker but that is a Michael Dunlop Racing venture, our primary concern is the superbike. We’ve got a good crew going over to look after him and have Yamaha behind us as well, who are working on things.”

The team experienced a tough time at this year’s International North West 200 with Dunlop retiring in the early stages of the only superbike race of the week. The only saving grace for the Ballymoney man was that he took a strong fourth place on his superstocker. Despite this, Shanley thinks the TT will be another story.

“It’s going to be a voyage of discovery, it will be the first time the new R1 has ever taken on the TT”, he continued. “We had a preliminary look with tests at Kirkistown, doing the Thundersport round at Donington and doing a race at Cookstown which was good to get an initial impression. We raced at Cookstown with a standard engine and it was quite strong against the BMW. He was happy with the chassis and each time we go out we take positive step forwards.” 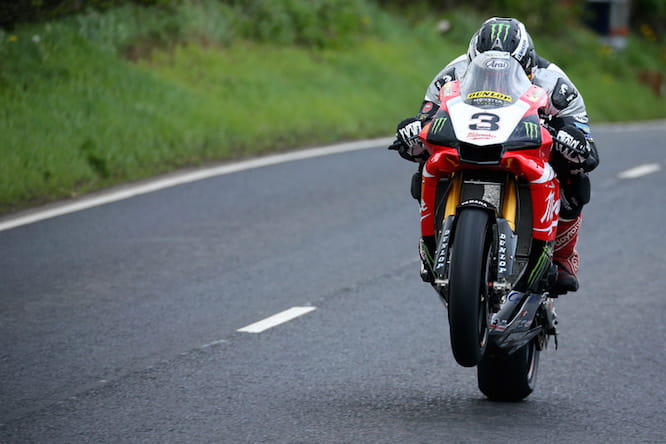 The British Superbike team started the year with standard engines and it’s thought Dunlop didn’t touch his Superbike-spec R1 until a test at Kirkistown just before the North West 200, but Shanley is confident of the team’s development work.

“Every time we have raced in BSB we have been developing the engines a little more and then we got some new engines in before the North West ahead of the TT. All we’ve learned from British Superbikes can transfer over and we’re quite happy with what we’ve got, especially chassis wise, Michael was really happy with the handling.

“One of the most important things is that Michael is prepared to push to find the limits and that’s what we need. He’s a true racer and that’s exactly what we need to go to the Island with and battle for the win.”