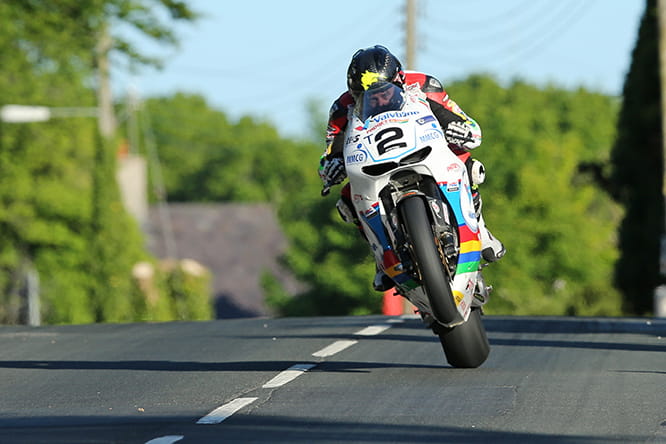 It's the dawning of a new era. At least on the Isle of Man for the 2016 TT Races where news of Valvoline Racing by Padgetts Motorcycles lastest entry, the super sexy Honda RC213V-S has had everybody talking; could the team live up to the hype with this production version of a MotoGP bike? Would the bike run? Would it last 6 laps?

But mostly - at least from a competition point of view - would the bike be eligible for the Superbike race?

The latter question, of course, was the most controversial. The answer lay in the hands of the Isle of Man's Motorsport Development Manager, Paul Phillips.

Tyco BMW team boss Hector Neill, said: "I wouldn't have like to be in Paul Phillips' shoes in making that decision. The RC213V-S is lighter than the other bikes but I don't have a problem with it. Bruce said it rides like a 250cc bike." 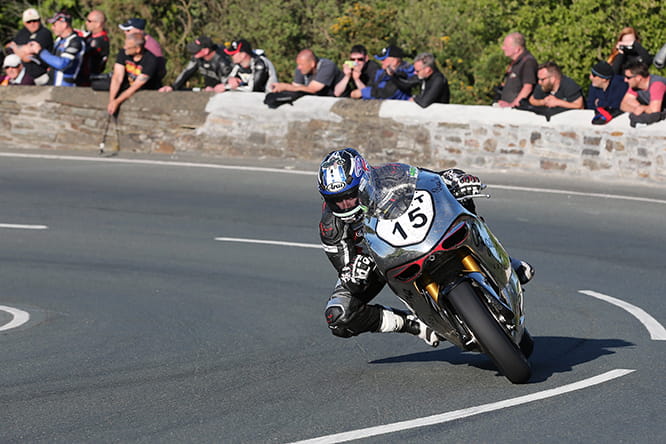 The minimum weight for a machine entering the Senior or Superbike race is 165kg. The weight of the RC213V-S post practice on Wednesday evening was 169kg with remaining fuel from the session on board.

The fact such an exotic and handbuilt machine - whose price tag is a whopping £150,000 - is able to grace the Mountain Course alongside more convential (albeit spruced up) Fireblades and Kawasaki ZX-10Rs has prompted a knee-jerk response from some members of the public. One man - writing in the comments thread of the IoMTT website about Padgetts RC213V-S, said: "At least I could afford the race bikes that used to run." He then added: "Yer kinda jumping the shark with this 180 thousand dollar "street bike"...if you can run the RC, what's to stop Kawi from pulling the H2R out and slow rolling through the lot?"

But while the anonymous author has a point, the majority of those in the paddock disagree.

Mick Grant, former TT winner who now manages Norton's race team, said: "Variety is the spice of life. You go to a BSB meeting and every class sounds the same. Thank God this bike is a bit different."

Suter founder and team manager, Eskil Suter, whose machines of the same name are also entering this year's Superbike class, said: "It's an open competition and actually it's the rider and the way in which the machine is prepped that counts, no matter what bike you're on."

Paul Iddon, manager of team Silcoline Engineering, said: "I like to see different machines coming forward. The TT is a unique race and differen machines should be encouraged."

But of course, the RC213V-S is still a production machine, only one that's based on a super fast, super expensive MotoGP bike, where a special factory was built in Japan just to handcraft each one.

"It's still a production machine at the end of the day," says Iddon. "And anyway, Nortons have qualified for the Superbike race for years and no-one has complained about that."

Clive Padgett said his motivation to run the RC213V-S was to add some variety to the grid. "The TT is all about pioneering innovation and I really wanted to do something different."

The bike is eligible for the Superbike race, and competing race teams accept it. Perhaps Mick Grant is right; variety is the spice of life. Padgetts, just like their rainbow colour scheme, have merely added colour to what could have been a monotone, monosonic event.

As for the dawning of a new era, watch this space...