EXCLUSIVE: MotoGP star Scott Redding will make his TT debut at the Isle of Man TT this year when he takes part in the traditional parade lap. He’s even been getting some tips from TT hero John McGuinness.

The parade lap takes place on the closed roads of the 37.73 mile Mountain Circuit on Friday 6th June in between the Bikenation Lightweight TT and the PokerStars Senior TT with Redding scheduled to ride a Honda Fireblade SP. 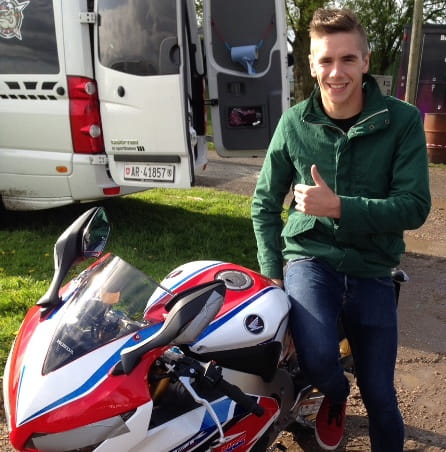 Bennetts & Bike Social Ambassador Redding told us, “It’s something that I’ve always wanted to do and I’m really excited that this year it’s going to happen. I have a lot of respect for those guys, they’re a different breed of rider in my opinion, off they’re rockers! You’d never see me doing a TT race, they say riders are hard core but the TT guys make GP riders look a bit wet!”

He continued, “It looks like there’s such a great atmosphere on the Island, that’s why I want to go, as a fan of the TT. I want to see it from the outsider’s perspective. What would really make my day is to say that I’ve done the TT – it’ll be something mega. I might have been around it at an average speed of 30mph not 130mph but I’ll settle for that!” 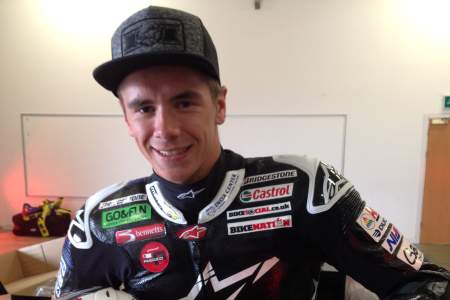 At the recent Thundersprint event, Redding shared the bill with TT superstar John McGuinness and took the opportunity to ask the 20-time TT winner about the lap,

“I had a brief chat with John McGuinness – he’s a legend around that place, he’s got it sussed.  It’s a track that you have to let it come to you, it takes years to learn the circuit and the limits, you can’t just turn up and go, and that’s what John has got sorted.”

The 21-year old Gloucestershire-man will also be dropping the flag to start the Bikenation Lightweight Race due at 10.30am.

If you're not going to the TT, then you can check the TV listings here.