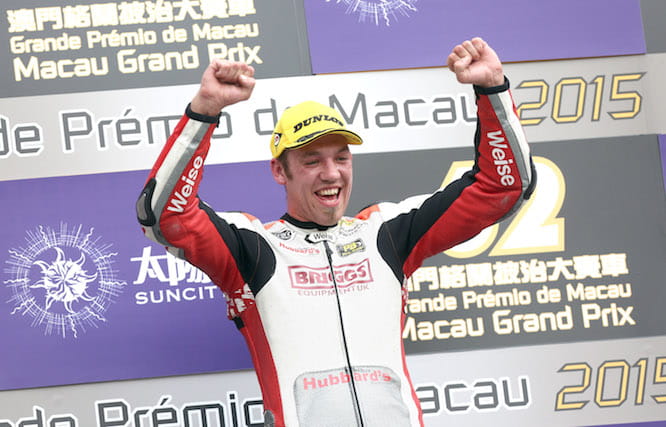 The move means Hickman, who stunned the world as he became the TT’s fastest ever newcomer in 2014 before knocking on the door of a 132mph lap last year, will compete in all four solo classes at this year’s event and he looks to make the next step in his TT career.

Currently the eighth fastest man in TT history, Hickman will campaign former racer John Burrows’ Kawasaki 650 twin in the Wednesday race and makes no secret of his target to finish on the podium.

“I spoke to Paul Phillips about a ride in the Lightweight class and he put me in touch with John Burrows, who was keen to work with me.

“I think the Cookstown Burrows Engineering Kawasaki and I will be a strong combination and I am sure we can get very near to the podium if not on it. 2016 will be my third year competing at the TT and I have already shown how fast I can be.

“John’s machinery is always competitive and proven at the TT. Of course the Supertwin is new to me but it’s a challenge I am looking forward to and the extra track time it will give me.”

The 650 will add to the brace of Kawasakis Hickman is already running at the 2016 TT with the JG Speedfit GBmoto outfit.