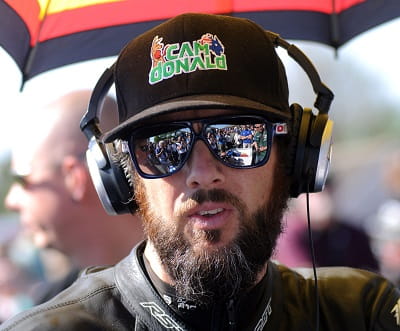 Norton has signed TT rider Cameron Donald to race for them at the TT on a three-year deal.

The Australian road-racer is set to race in the Superbike and Senior TT races this year on the V4-powered Norton SG3. It will be a one-man team with two bikes running in Norton’s colours.

The team was also in talks with 8-times TT winner Ian Hutchinson until Yamaha came through with a last-minute deal for him with the Milwaukee Yamaha.

Donald is a former two-times TT winner with both wins coming in 2008, one on Superbike, one on Superstock. He's ridden for Wilson Craig's Honda for the last three years.

He's previously lapped the TT at 131mph in practice with a fastest race lap of 129.273mph so he’s certainly got the credentials to deliver for the Norton team if he’s given the right bike underneath him.

Donald has signed a three-year deal to ride with the UK-based factory team and part of his contract is understood to see him representing the Norton factory in Australia, a lucrative deal.

He said: "When Norton began talking to me about their plans for TT 2014 I knew it was an opportunity I didn't want to miss. With the enthusisasm and experience of the Norton team behind me and ex-TT winners such as Mick Grant and Steve Plater now involved, this is sure to be an exciting year. Norton is synonomous with the Isle of Man TT and I can't wait to ride the SG3 round the Mountain course and add to their Isle of Man history."

Ultimately Norton has an ambition to win the Isle of Man TT but understands that may be a couple of years away and obviously everything has to fall in place for that to happen. A top 10 finish is their ambition this year.

The team have been testing the new SG3 with former two-times TT winner Steve Plater this week at Cadwell Park. Racing legend Mick Grant is heading up the new squad. 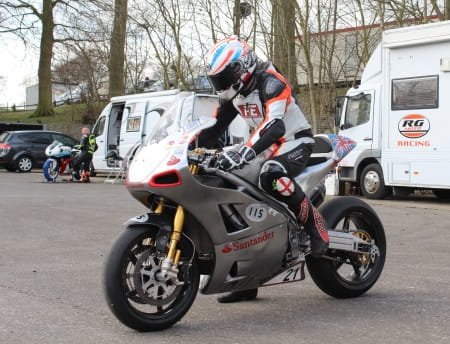 Norton CEO Stuart Garner said: “Signing a rider of Cameron’s ability shows our intentions. I’m delighted to have him head-up our team. Cameron is a really great rider to have on-board, not only as a racer but also as a brand ambassador for Norton. His support, feedback and endorsement will all be really important to us both as a company and a race team as we look to and we are relishing the challenge of developing a strong bike and team around him for the long-term."

He added: "We have made massive steps forward and hiring Mick Grant to run the team and Steve Plater as our tester shows just how serious we are.” 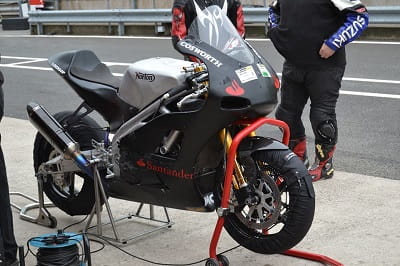 The new SG3 is a development of the SG1, a bike originally built using an Aprilia V4 motor. It features a hand-built Norton chassis and running gear from Ohlins. Norton has previously tested semi-active suspension on the bike but it is not yet known if they will use it at the TT this year.

The motor will feature numerous new parts this year in a bid to give the bike more power along with longevity for the demanding TT course. It will also feature new bodywork designed to better protect the rider but also improve the aerodynamics of the bike. Norton's Head of Technical Simon Skinner was hands-on making final styling tweaks to the TT bike when we were at the Donington Hall factory last week.