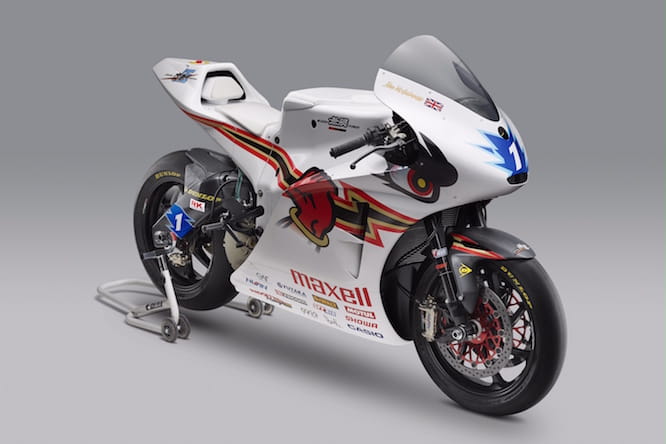 Mugen have today unveiled the electric challenger they hope will take them to a third successive victory in the TT Zero race at this year’s Isle of Man TT.

Once again to be campaigned by 23-times TT winner John McGuinness and Padgetts’ rocketship Bruce Anstey, the Mugen has been treated to a number of updates for 2016.

Packing out an impressive 160bhp, the ‘Shinden Go’ gets a new battery system, motor and frame as Mugen aim for their third race victory in a row. All developments have come from knowledge gained from the previous four years’ racing.

To reach the increased power the cooling system has been upgraded. With such a large battery, at full pelt things get quite hot and keeping temperatures down has been a challenge for the team in recent years.

The ‘Shinden Go’ features a monocoque frame, chosen for optimum lightness and stiffness while also improving aerodynamics. On top of this, it crucially also means the battery can be positioned inside the frame saving vital space.

McGuinness has said the Mugen Shinden electric bikes are among the trickest motorcycles he’s ever ridden, each one estimated to cost well into seven figures.

McGuinness holds the record for the single lap race with an average speed of 119.279mph.