Michael Dunlop: "There was nothing I could do" 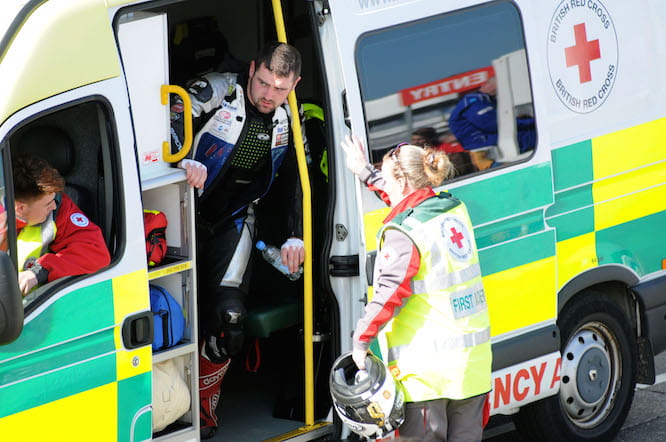 Michael Dunlop was looking set to take a podium in today’s RST Superbike TT before an unfortunate incident on the final lap saw him ruled out of the race.

Dunlop, who dramatically switched from Yamaha to BMW machinery last week, rode a strong race and despite losing time in the pits, fought hard to take third place from James Hillier in the last two laps.

Running with race leader Bruce Anstey for the final 37.73 miles, Dunlop’s race ended just over a mile from the flag as an incident with a backmarker left him nowhere to go.

“Bruce and I were together and Bruce passed the backmarker and we were only a mile from home so I didn’t bother but he ran out of road and hit the bank and took me with him so there was nothing I could do, but as long as he’s OK that’s all that matters," Dunlop said. 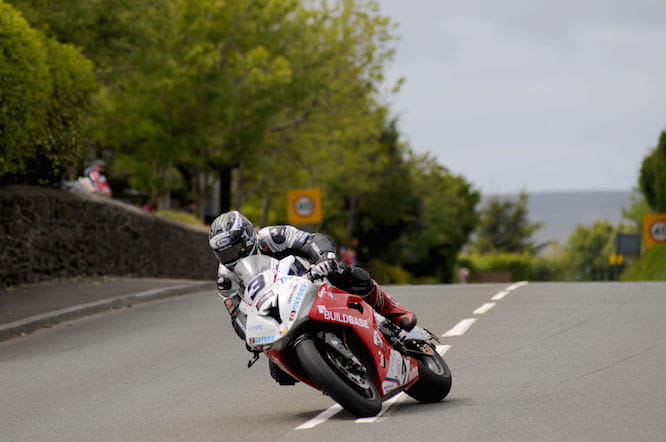 Hobbling out of an ambulance at the end of the race, Dunlop was battered and bruised but isn’t thought to have broken anything. The backmarker, Scott Wilson, is reported to have broken his clavicle.

“Fair play to Stuart Hicken, he’s built these engines himself. Last year the factory built them but we haven’t got that this year. He’s done a fantastic job. I feel bad for them, they came over here to pull me out of a hole but the bike has come back as a bit of a mess!

“We weren’t too far behind at the end, I think we lost a bit of time in the pits with stuff so if we hadn’t done that I think we could have won the race from what I can gather so that’s alright as we haven’t had much time on the bike. We’ll have to wait and see now, I’d have been alright if I hadn’t taken a slap so we’ll just wait and see.”