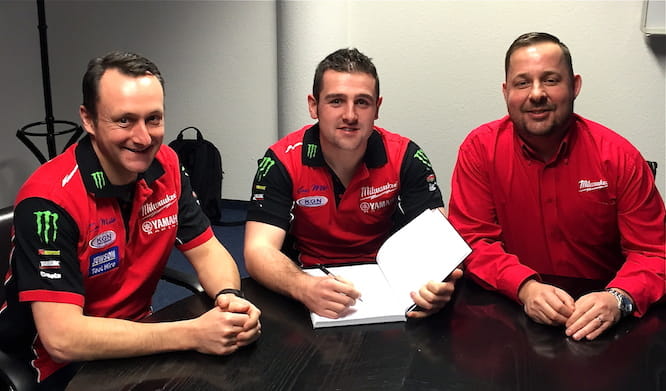 Michael Dunlop will compete for Milwaukee Yamaha at this year’s Isle of Man TT after he was sensationally ditched by BMW after an incredible 2014 campaign.

Dunlop will ride the all-new Yamaha YZF-R1 in Milwaukee colours in the TT Superbike and Senior Races for the Shaun Muir-run squad with official backing from the Japanese manufacturer.

“I’ve gone on record as saying that I’ll only race if the package is right and in the Milwaukee Yamaha team I’m confident in both the bike and support team that will be in place”, said Dunlop.

“We’ve already had a look at the bike that I’ll be riding and the early indications are really good but I’m looking forward just to getting out on the track and testing it.”

The Ulsterman, who has a total of 11 TT victories to his name, has dominated the TT races for the past two years taking four victories apiece on both factory Honda and BMW machinery.

His 2014 triumphs aboard BMW’s S 1000 RR marked the first time the German manufacturer had won the Senior TT with a factory-backed team since 1939.  Despite this, BMW Motorrad UK opted to pull their support from the Hawk Racing project in favour of Northern Irish outfit TAS Racing. 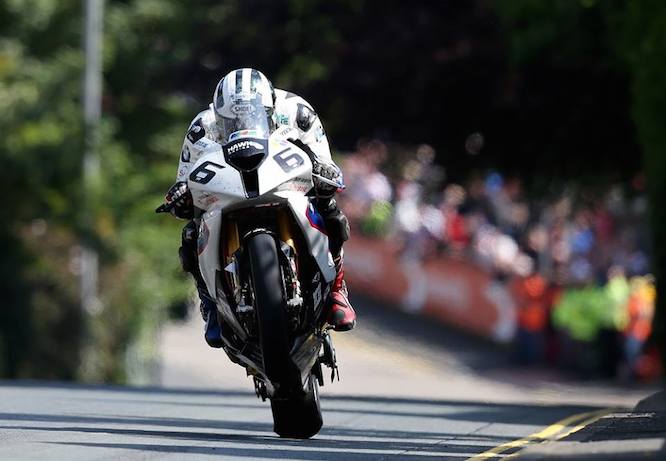 With the Tyco-backed TAS team continuing with fans’ favourite Guy Martin and elder Dunlop brother William, there was initially no space for Michael in the team. However, it is believed that an offer was put on the table at the eleventh hour which Dunlop subsequently declined.

As revealed by Bike Social in December, the Ballymoney man had been close to clinching a deal to ride a works Kawasaki ZX10-R with the GBmoto team but it all fell through after he missed a crucial meeting with Kawasaki bosses at Motorcycle Live.

The Milwaukee deal will also see Dunlop take to the roads in the Superbike classes at the North West 200 and Ulster Grand Prix.

“Michael Dunlop has proved himself to be the leading road racer over the last few years and his recent TT record is second to none,” said team owner Shaun Muir.

“We are more than confident that the new Yamaha will prove to be more than competitive on the Isle of Man and in Michael we have the rider to deliver its potential.”

Muir’s Yamaha squad has competed at the TT with names including Ian Hutchinson, Conor Cummins, William Dunlop and Josh Brookes over the past four years but the 2009-model R1 struggled on the roads. 2015 will mark 10 years since John McGuinness took Yamaha’s last Senior and Superbike TT victories.

It is expected Dunlop will once again field his own MD Racing prepared bikes in the Superstock and Supersport races, although it is not yet clear whether this will be with Yamaha or another manufacturer.