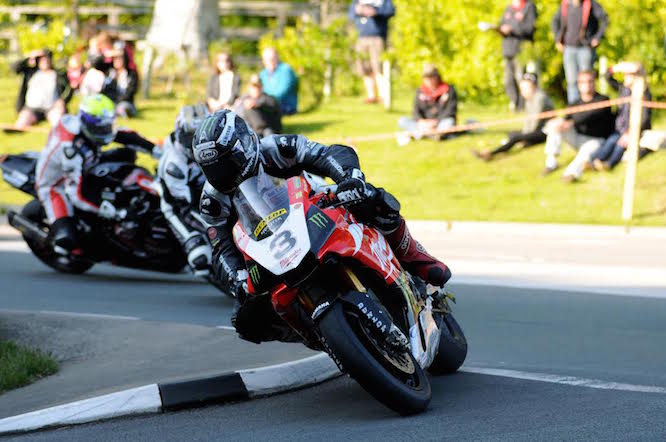 Michael Dunlop has sensationally split from the Milwaukee Yamaha team in the middle of Isle of Man TT practice week, choosing to return to BMW machinery with Hawk Racing for the rest of his campaign.

The Ballymoney racer has struggled to gel with Yamaha’s 2015 YZF-R1 and is thought to have made a back-up plan with BMW just ahead of the TT. After just two practice sessions on the bike, he has now opted to leave the team to go in his own direction.

Dunlop has won eight TT races in the last two years, four with Honda in 2013 before moving to BMW in 2014 to take the German marque’s first win in over 70 years.

Dunlop’s season with Yamaha didn’t get off to a great start, with two big crashes in his first two races on the machine before technical problems put pay to a strong result at the North West 200.

He was way off the pace in the first qualifying sessions aboard his superbike, and suffered further technical problems with his stock R1 last night.

A statement from Dunlop read: “I would like to thank Milwaukee Yamaha for their support in bringing me into their team and I am genuinely sorry to be making this decision but unfortunately I don’t think there is enough time left with the sessions we’ve already lost at the TT to be truly competitive and get the bike to the level we need to in order to win races here.”

Dunlop won three TTs with Hawk Racing in 2014 and team boss Stuart Hicken is thought to be currently on his way to the island with two 2015-spec BMW S 1000 RRs, with the hope he'll get out on the bike tonight.

He will also switch from Yamaha to Honda machinery in the supersport class.

Confirming the news, Buildbase BMW boss Steve Hicken said: "It's all a bit last minute but we know the BMW S1000RR is a competitive bike on the mountain cours eand Michael is one of the fastest men at the TT. We will need all the time we can get on track, so hopefully the weather is good for the two remaining practice sessions before Saturday's race."