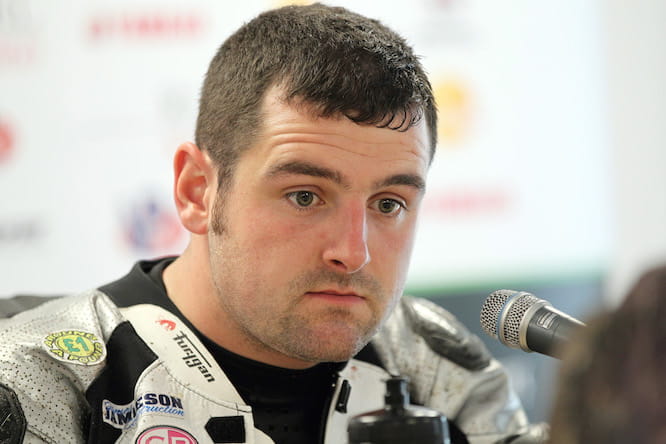 The Ballymoney man was taken out on the final lap of the six lap superbike battle in an incident with a slower rider. While nothing is thought to have been broken, he was clearly battered and bruised as he limped out of an ambulance into the paddock.

Dunlop started Monday’s first supersport race, but pulled over on the second lap to retire. Back on the big BMW for today’s RL 360 Superstock outing, he gave it his all to finish second behind race winner Ian Hutchinson.

“We got a good first lap and I knew we had to push on,” said Dunlop. “We almost did 131mph from a standing start but that bang earlier in the week didn’t help me, it’s ruined my two weeks if I’m honest but these things happen. We need to get ourselves ready for Friday and see what we can do.”

Having dramatically switched from Yamaha to BMW machinery in the middle of practice week, Dunlop rode his 2014 MD Racing S1000RR and reckons the age of the bike was part of the reason he struggled to maintain the pace. 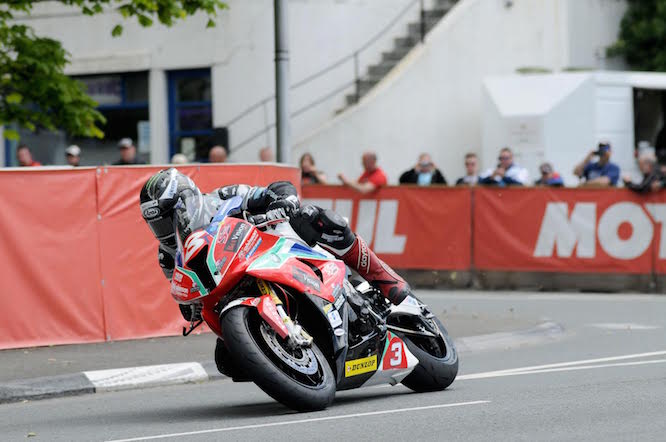 “We had a half decent run and I was plugging away but to be honest, the bike is last years bike, if I hadn’t been put in the shit I should have had a new bike with me and that’s the long and short of it, I got caught with my pants down.

“It’s good we are able to fight for podiums, it’s great to be on the podium and the bike worked well it could just have done with a bit of TLC to make sure everything is right. We came into the pits and lost our lead in the pits and struggled from then on. You can’t take it away from Ian he pushed on and they changed the tyre and we didn’t and suffered from it.”

With Friday’s blue riband Senior TT the most important race for most riders, Dunlop says he’s considering sitting out of tomorrow’s second 600 battle to recuperate in time for the monster six laps in two days time.

“I need to see if I’m going to bother tomorrow. Fitness for the six laps on Friday has to be my priority so we’ll see. My body is starting to work again but it’s not easy to hold on to those bikes when you are not 100% fit.”