McGuinness & Cummins stick with Honda for 2015 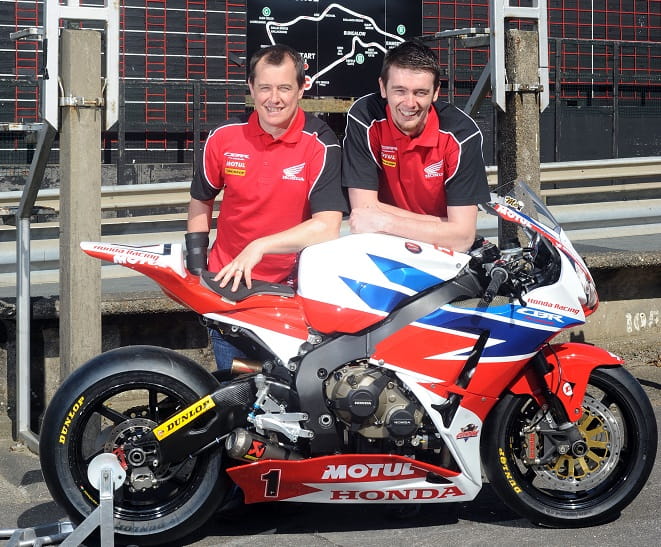 Isle of Man TT Legend John McGuinness will once again front Honda Racing’s official roads team next season as he looks to bounce back from a difficult 2014 season.

The Morecambe Missile was hampered by a broken wrist sustained in a training accident several months prior to last year’s TT, meaning he’d only score a sole podium at the event in the shape of his TT Zero race victory.

“There’s no denying that 2014 was a tough year for me”, McGuinness admitted. “It shook my confidence and held me back but I’m ready to put it all behind me and get back to the business of winning races.

“I’ve said it before but the Honda team is like family to me and that support means everything. I can’t wait to get back on the bike and prove that there’s life in the old dog yet.”

McGuinness will again be joined by Conor Cummins as the Honda Motor Europe-backed retain their 2014 line-up.  The Manxman impressed on his Honda debut in 2014 taking second place in the Blue Riband Senior TT.

“2014 was a great year for me”, added Cummins. “I achieved a career-long dream in riding for the official Honda team and I just wanted to make the very most of the opportunity I’d been given.

“I’m thrilled to be staying with the team for 2015 and now that I have a season of experience on the Fireblade SP under my belt, I’m really looking forward to seeing what we can achieve. Hopefully we can bring home some good results.” 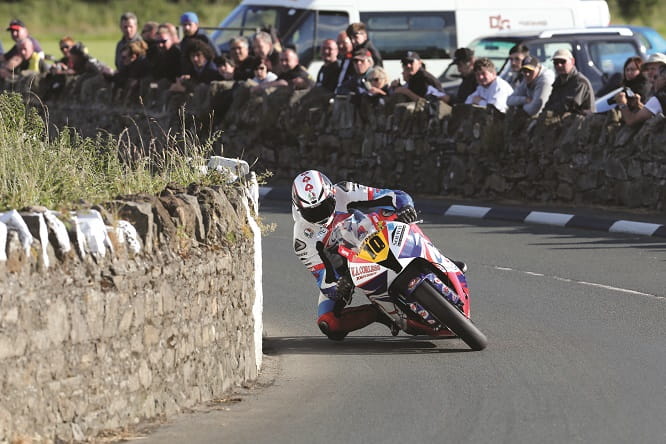 Alongside competing for Honda Racing at the North West 200 and in the Isle of Man TT Superbike and Senior races, both McGuinness and Cummins will ride for the Jackson Racing team in the Supersport and Superstock categories.

The move follows a split between McGuinness and the legendary Padgetts team believed to be the result of a sponsorship clash.

Both riders will also compete for Jackson Racing aboard the Honda Fireblade SP in the Endurance World Championship with Cummins also competing at the Ulster Grand Prix.