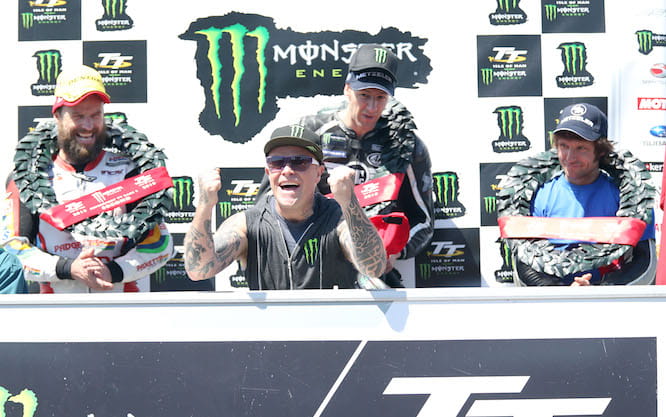 The Prodigy’s Keith Flint has hailed Ian Hutchinson’s double supersport victory at this year’s Isle of Man TT as unbelievable after the Bingley Bullet stormed to his second race win aboard the Team Traction Control Yamaha R6.

Hutchinson has been almost unstoppable so far this week, beaten only in Sunday’s first Superbike race by Bruce Anstey.

The 35 year old led this afternoon’s race from start to finish, building a commanding lead to take the victory ahead of Anstey and Guy Martin.

The double comes after Hutchinson was left without a ride just a week before this year’s TT following the withdrawal of the Tsingtao MV Agusta team. 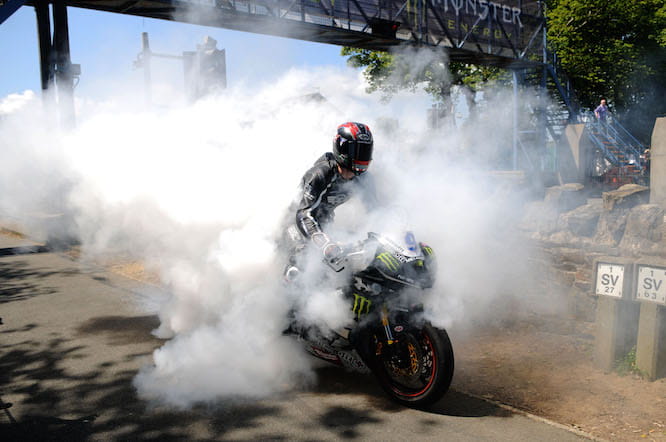 Flint and Team Traction Control stepped in at the eleventh hour to provide a bike for Hutchinson, who hadn’t won around the course since his historic five-in-a-week in 2010.

“It’s unbelievable,” said Flint speaking to Bike Social after the race. “People have been coming here 20 years and still not won, nothing to do with the riders, the mechanics or the team it’s just that hard to win here.

“I’m speechless, we always put the team out to win we’re not here to just take part but you can never count on the TT. It’s the TT. To be a part of TT history has always been a dream, an ambition but to get two wins I don’t think it’s going to settle in for a week.”