John McGuinness: "I thought I'd be finished by now!" 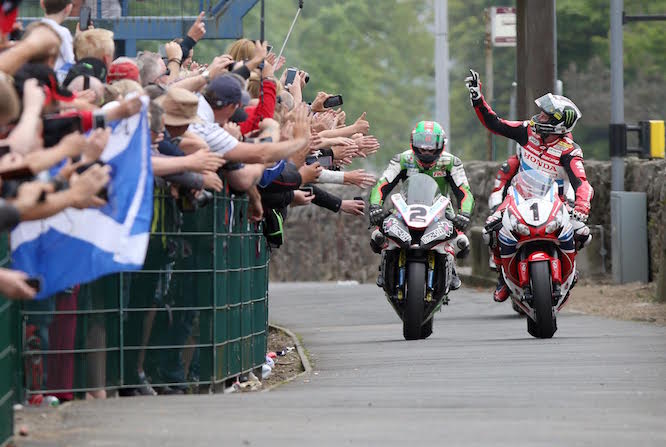 John McGuinness has admitted he thought he’d ‘be finished by now’ after storming to a historic 23rd Isle of Man TT victory in today’s Pokerstars Senior TT race.

The Morecambe Missile had endured a tough week at this year’s TT with a best result of fourth in the RST Superbike race on Sunday and three lower top ten finishes in the two Supersport and Superstock races. Speaking to Bike Social on Thursday, McGuinness said he didn’t know why he wasn’t faster… but it looks like he found something overnight!

The Honda Racing star stormed off down Bray Hill to lead the entire four-lap, restarted race to add to his impressive tally and close up on Joey Dunlop’s all-time TT winning record.

“The reaction I got around the course is something I will never ever forget”, McGuinness said speaking after the race. “I’ve won a few of them but that feeling is the best feeling in the world. I had everything crossed coming down the mountain; my bike was faultless.

“I couldn’t believe it to be honest, I thought it was a dream! The competition this week has been incredible, I’m knackered now as I gave it everything! 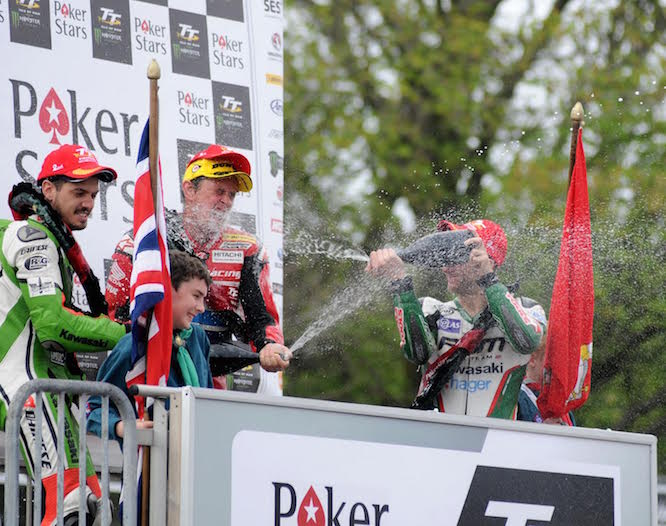 “The Honda might be old but it’s a sweet handling thing. It’s funny, I felt on Sunday I was riding harder and today it felt easier to go much faster! I thought I’d be finished by now but then I’ve gone and won that.

“I love my racing and love being on the bike. It was a dream come true to win one TT when I first started but I never thought I’d be sat here at my age with 23. I don’t know where it’s coming from. We’re close to Joey now, to match him at 26 and hang my boots up would be a great thing to do. We’re still three wins away and these guys are coming stronger but we’ll have a sit down with the family, sponsors and Honda and see if they still believe I can win. If they get behind me again we’ll go from there. I don’t want to retire, I love it to much. It won’t let go of me this place, it’s like a drug and it just won’t let go.”

A barnstorming second lap saw McGuinness obliterate the outright lap record, circulating the course with an average speed of 132.701mph.

“The lap record is the icing on the cake; if you broke the lap record and didn’t win the race you’d be gutted. I believe we did 132.701mph. I did a 131.6mph the other year on the Joey tribute, we beat Michael in 2013 but last year was incredibly frustrating as I was riding with one and a half arms. I’ve worked hard away for this and I’m in a happy place, I might be 14 stone with a big piss tank but we pulled the rabbit out of the hat there. There’s a little bit of life left in me!”