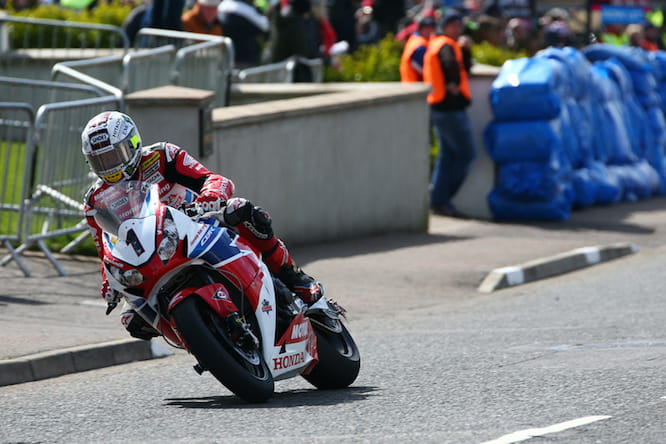 With just over two weeks to go until the 2015 Isle of Man TT, 21-times TT winner John McGuinness is predicting a tough battle on this Island this year and reckons there are over half a dozen riders who will be in the mix at the front.

“It’s going to be a fast year,” McGuinness said speaking to Bike Social. “There are so many riders on decent bikes the races should be great.”

One of the Morecambe Missile’s biggest rivals for 2015 has to be Ballymoney man Michael Dunlop, who has won eight TTs in the last two years. McGuinness, who last beat his former teammate in the 2013 Senior race, predicts further success for Dunlop this year despite his move to another new manufacturer.

The new Milwaukee Yamaha rider has endured a tough start to the season, including two heavy crashes at Donignton Park and the Cookstown 100. He didn’t have much joy at the North West 200 either, taking just one podium in the Supersport race.

“Michael’s been on his ear a few times so far this year, he fell off in the Thundersport race at Donington and was on his ear at Cookstown but the kid will pick himself up”, said McGuinness. “He’s got plenty of determination, he’s got a new bike and is in new territory, if anybody can make it win it will be him and if it doesn’t work he will still make it win because he will grab it by the horns and make it.

“It will be interesting! If everyone was like me and rode a Honda for ten year it would be boring but with these guys jumping ship here there and everywhere it’s good to see.” 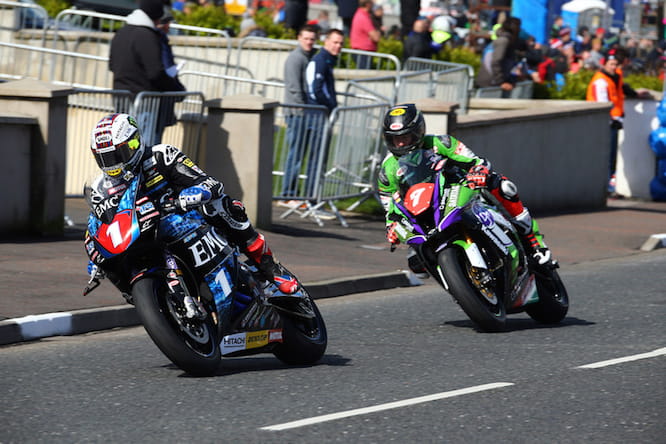 Fans’ favourite Guy Martin looks set to be in with his best chance of securing a TT victory yet as the Tyco TAS Racing team switch to BMW machinery. McGuinness tips both Guy and teammate William Dunlop to be fast on the new S 1000 RR, as well as a whole host of other riders.

“Guy will be fast on the BMW, he’s got a point to prove. William will be quick too, especially in Supersport but he’s now coming really good on the big bikes.

“Conor  [Cummins] is on fire, I really think he’ll be up there this year knocking on the door this year. Dean Harrison isn’t far off on the Mar-Train Yamaha. Gaz Johnson will be quick and Hutchy's back from injury on a decent bike with PBM. Rutter’s still going alright and then there’s Bruce, you never know what you’re going to get from him he might come out and do a 135mph lap [laughs]!

“Everyone is so fast and experienced but there are a few other guys coming through too. Pete Hickman has come on really strong, it’s a shame about his injury but he’ll still go well if he rides.

“I just can’t wait to get going really, I feel I’m riding the best I’ve ever ridden and it’s about time I stuck myself back on the box. I didn’t like riding past the winner’s enclosure last year one bit!”