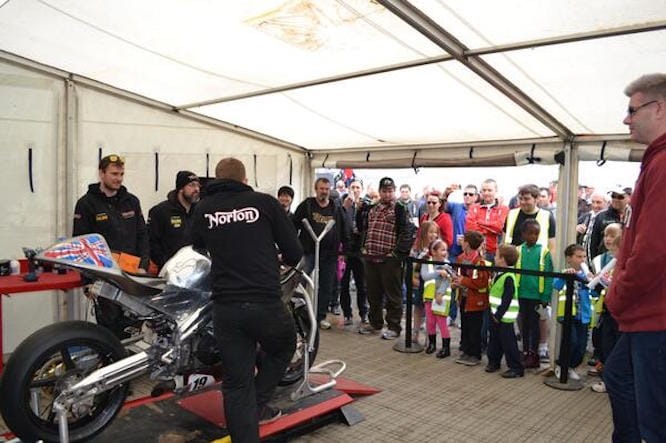 Isle of Man TT boss, Paul Phillips has said he is ‘totally against’ the idea of closing the TT paddock to spectators.

With the popularity of certain racing stars soaring in the last couple of years, most notably Guy Martin, measures have been called for to control crowds looking to meet their favourite racers.

Having risen to fame through a series of television documentaries, Guy Martin is perhaps the most famous motorcycle racer in the UK. Last weekend he took part in the opening round of the British Supersport championship with Smiths Racing, however the team found it difficult to go about their day-to-day business with the crowds surrounding the truck on all three days.

Martin will race his Tyco BMW S1000RR for the first time in the Spring Cup at Oliver’s Mount, Scarborough this weekend and in anticipation of crowds like those Smiths’ Racing faced, event organizer the Auto66 Club has agreed to ‘set aside’ an area of the paddock so Martin can ‘have a bit of peace and quiet and be able to concentrate on his racing.’ 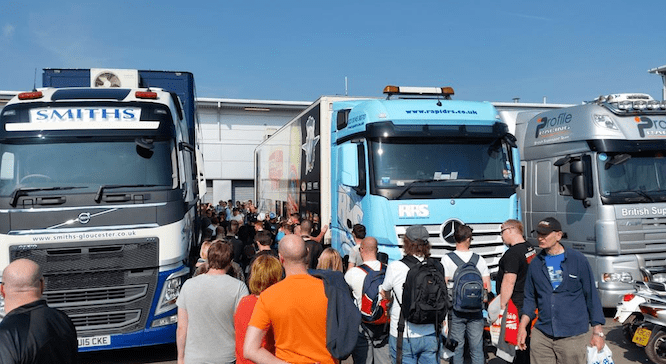 The Isle of Man TT is the biggest event on the road-racing calendar with over 40,000 fans attending each year. Despite this, TT boss Paul Phillips has said he would ‘instantly dismiss’ any suggestion to restrict paddock access for spectators.

“Open paddocks are one of the single most important things that makes the TT different in the modern sporting world,” Phillips told Bike Social. “It is a blue collar event and the down to earth blue collar sports stars need to remain accessible to their fans.

“I would be totally against ever changing that level of access at the TT and it is something the Department of Economic Development has taken on board more generally, listing it as a prerequisite in the ongoing TT Promoter and TT Series tender.”

As to whether the TT has ever considered measures to control the amount of fans looking to meet stars like Martin, he responded: “We have made a number of arrangements for several leading riders at the TT, in an effort to allow them to carry out their work in a reasonable way without excessive intrusion. However these guys are professional sportsmen in the entertainment industry and interacting with the fans is part of that role. Removing paddock access for the fans has not been requested and would be dismissed out of hand anyway.”