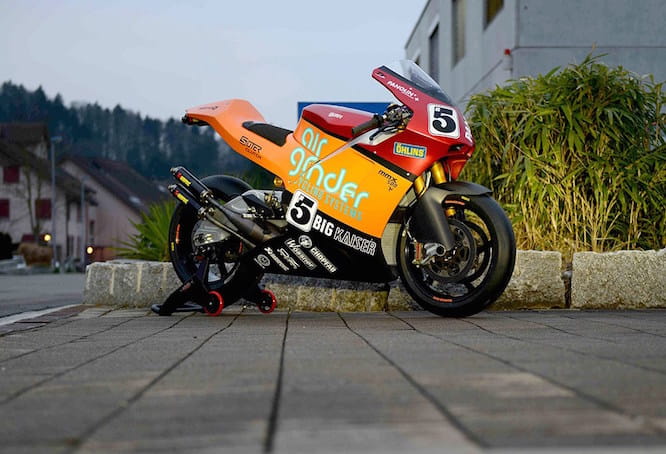 Ten-time Isle of Man TT winner Ian Lougher will come out of retirement to pilot Suter’s MMX 500 at this year’s TT.

News that the Swiss manufacturer would enter their modern two-stroke 500cc ‘Grand Prix’ bike into the Superbike and Senior races shocked earlier this week as Suter bosses confirmed they were talking to former TT winners.

TT organisers have granted Suter special dispensation to run the machine with the rules stating that only four-stroke machinery can participate in the two classes.

Lougher’s TT career spanned some 30 years and saw him take ten wins from a record 126 starts before he retired in 2013.

He has however kept a hand in racing through the Classic TT, winning the 500cc and Formula 2 races in 2014.

"I really warmed to Estil Suter’s approach on this project,” said Lougher on his decision to come back from retirement. “Despite the emotions that are undoubtedly attached to something of this nature, Suter Racing is approaching it both objectively and professionally which is the only way to go racing on the TT course.”

“We want to learn the MMX 500 in the next three years to tackle the TT step by step before we can be properly competitive and it might seem strange for an old fella to say it but you can always learn something new on the Isle of Man. However, I’m sure the spectators are in for a treat from the word go.”

The MMX 500 has been developed by Suter’s racing division and despite being brand new, the it’s said to retain the ‘tarmac-shredding soul’ of original two-stroke GP machines. The 576cc V4 produces 195bhp while the bike weighs in at just 127kg, meaning the power to weight ratio is remarkably similar to that of an original 500cc Grand Prix bike.