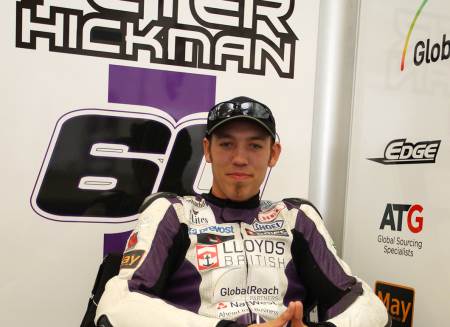 British Superbike rider Peter Hickman will make his Isle of Man TT debut this year for the Ice Valley Motosave squad, and here he speaks exclsuively to Bike Social.

The 26-year old will compete in the Dainese Superbike, Royal London 360º Superstock and PokerStars Senior TT races at this year’s event on board a BMW S 1000 RR.

Having raced in British Superbikes since 2006, Hickman finished second in the 2009 BSB Privateers up after taking 20 podiums from 26 races and enjoyed his strongest ever season in 2011 when he finished ninth overall in the championship with Ian Woollacott’s Quay Garage Racing. It was in that season in which the Louth-based rider took his best ever British Superbike result, second place at Thruxton. A replacement ride for Crescent Suzuki saw Hickman take a top ten finish in the World Superbike championship at Donington Park.

Despite having never competed at the TT before, Hickman says it’s something he’s wanted to do for a while.

“The TT is something I’ve always been interested in doing and the time just seems right to have a crack at it. I’m really excited about it; it’ll be something completely different and a new challenge. I’m looking forward to it.” said Hickman.

Apart from Simon Andrews achieving fastest newcomer on board the S 1000 RR, the bike is somewhat of an unknown quantity on the Mountain course but they’ll be out in force this year. The German manufacturer will even have a factory presence in the form of Hawk Racing with seven-time TT winner Michael Dunlop. 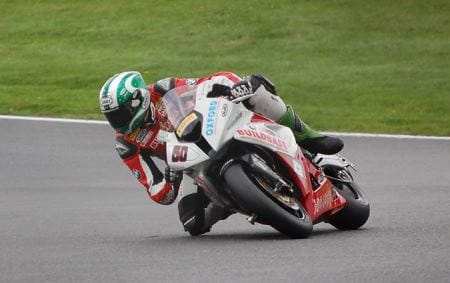 “I think the BMW will go really well around the TT course, you’ll only have to look at Mickey [Michael Dunlop] to see that as I think he’ll surprise quite a few people. The BMW is a great bike and we all know how fast it is so it should be great.”

“The team have been running BMWs for a long time now, Paul Shoesmith the team owner really believes in them and knows what he’s doing so I think our bike should be as good as anyone’s on the grid.”

Fellow British Superbike racer, Martin Jessopp will also take to the TT course this year on board BMW machinery, but Hickman says he’s not got a specific target:

“I’m not setting myself any aims; I’m just going with the intention of learning as much as I can and having fun but remaining safe at the same time. You can never win anything in your first year at the TT, it’s a three-four year plan so I’m just going to take my time.

I’ll take it nice and easy and focus on enjoying myself! I think when you enjoy it you take in more and that makes you faster anyway. The TT is completely different to what I’m used to so I’ve just got to use my head.”

While Hickman has a colourful history in British Superbikes, he’s currently without a ride for the season ahead but is keen to point out his roads campaign is not a replacement:

“I am still looking for something in BSB; I’ve raced there since 2006 so it’d be weird not to do it. I definitely want to be there and fingers crossed I can do both.”

Should Hickman not find a British Superbike ride, he’ll have other things to occupy him as the team has plans to take on the North West 200 and Macau GP too:

“We’re looking into doing the North West 200 and also Macau on top of that at the end of the year. I’m not sure what else we’ll do in between, we’ll just have to wait and see”.

The thirty-seven mile TT course is one of the most challenging race circuits in the world, and Hickman is under no illusion that it’ll be easy to learn:

“I’ve been over to the Island a couple of times already and seen Milky Quayle and Johnny Barton who have helped by talking me round the circuit and given me a lot of tips. I’m going over again next week and will go over at least twice more before next week.”